Tourism worth €26 million to Offaly economy 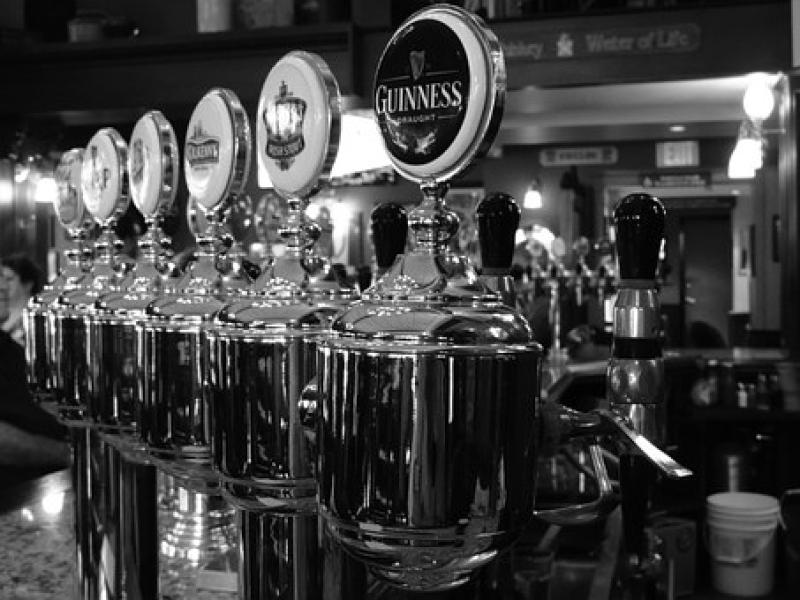 Tourism worth €26 million to Offaly economy

A Drinks Industry Group of Ireland (DIGI) report has shown that the tourism industry is worth €26 million annually to the Offaly economy.

The authors say that the report also proves that  there is a deeply interdependent relationship between Ireland’s drinks industry and tourism sector, suggesting pub culture is vital to Offaly’s tourism product.

They discovered that 80% of all visitors to Ireland said the Irish pub was the most important factor influencing their decision to holiday here.

Without pro-enterprise measures in place, a shrinking UK market will impact Government’s ambitious plans to grow tourism sector by 2025, the DIGI reports suggests.

It's clear from the statistics, the experience of an authentic Irish pub, a live trad session and a taste of real Irish beer and whiskey are top of tourists ‘to-do’ lists on their visit to Ireland—but the impact of Brexit and high alcohol excise tax will hamper drinks industry growth, and with it, the tourism sector.

“While it is very encouraging to learn that overseas visitors are excited to enjoy Ireland’s drinks industry businesses,” said local publican John Clendennen, “our tourism sector remains overly reliant on the UK, a market that is set for years of economic uncertainty.”

British tourists account for 41% of all visitors to Ireland, the country’s largest single market. British tourists spent €1.1 billion in Ireland in 2016, but a 6.2 percent drop in their numbers in the first seven months of 2017 compared to last year would equate to revenue loss of €68.2 million if the trend continues.

The value of sterling against the euro, too, has plummeted since the UK’s EU referendum last June, making Ireland a more expensive holiday destination. If the currencies reach parity by the end of year, as predicted by Morgan Stanley, British tourists could continue to look to cheaper destinations on the European mainland or at home.

Tourism in Offaly is a hugely important industry and generates €26 million of tourism spending annually.  The sector is critically important to tourist towns like Birr and Tullamore. There are 126 pubs, 20 licensed restaurants, 5 hotels, 45 off-licences, 1 wholesaler and 2 producers in Offaly.

“The drinks industry is inextricably wound up in Ireland’s tourism product. With the pub the tourist’s top draw, it makes sense that the Government properly safeguard this essential network of businesses by easing their tax burden, allowing them to become more price competitive and increase their earning potential,” said John Clendennen.

To safeguard drinks industry jobs, DIGI is seeking a reduction in alcohol excise tax in Budget 2018—what it is calling the ‘Brexit Budget’.

“Without any change to this country’s high, even punitive, alcohol excise tax, a continued drop in sterling will further undercut Ireland’s tourism competitiveness. Fewer British tourists will patronise the drinks businesses that are so important to the tourism sector,” said John Clendennen.

The drinks industry directly employs 92,000 people in Ireland, in pubs, restaurants, hotels, off-licences, distilleries and microbreweries, as well as other related businesses, nationwide. Annually, it exports goods worth €1.25 billion and generates €2.3 billion for the Exchequer.

“Any decline in tourism numbers will impact rural Ireland, including Offaly the most. In some parts of the country, the tourism sector is the major and, in some cases, only employer. This could lead to job losses and business closures,” he said.

“The Government must set out clear and actionable measures in this year’s ‘Brexit Budget’, including pro-enterprise and pro-growth measures, like a reduction in alcohol excise tax. In addition to helping drinks industry and tourism sector businesses, it will put the Government on a more certain path to achieving its 2025 targets.”