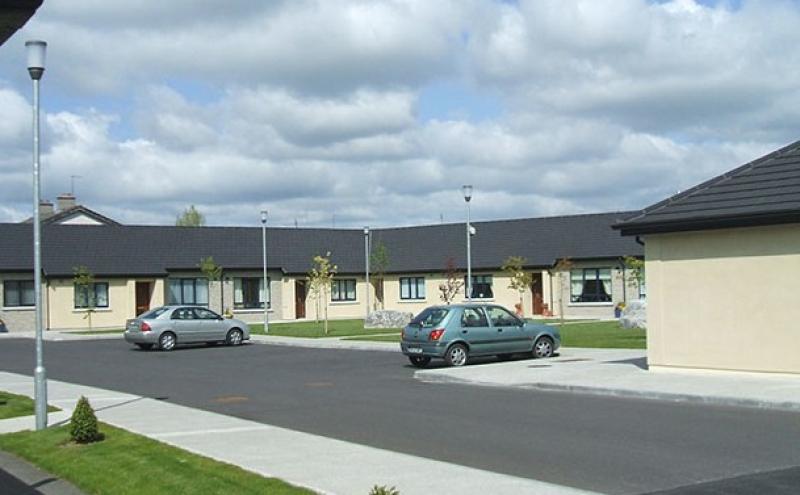 Nine families living in transitional housing in Offaly have expressed concern at the prospect of leaving their temporary homes after receiving a termination of tenancy notice in recent days.

The families are living in Lann Elo, Clontarf Road, Tullamore, a development run by the Tullamore Housing Association, and described and run as 'transitional housing.'

UPDATE: Tullamore Housing Association says people 'will not be thrown out on the street'

Late last week, the residents at Lann Elo received a letter from the Tullamore Housing Association warning of an imminent termination of tenancy.

In the letter, seen by the Offaly Express, it states: "Your tenancy of the dwelling at Lann Elo, Clontarf Road, Tullamore, will terminate on October 6, 2017."

The letter states that it was served on the residents on August 23 and is signed by Jim Buckley, chairperson of the Tullamore Housing Association as well as secretary Mary Hegarty.

"You must vacate and give up possession of the dwelling on or before the termination date," the letter continued.

The termination date is less than six weeks away and residents and homelessness activist, Ken Smollen, have expressed grave concern for the families' futures.

"I was contacted by a number of the concerned residents, some of whom are elderly, with others having very young children. I met with them on Thursday evening last. Understandably they are all extremely anxious about their situation especially as there are no social houses available for them if they are evicted on October 6," Smollen said.

He informed us that he contacted the Manager of the Tullamore Housing Association, John Burke, on Friday, August 25, when he says he was assured that "the tenants will not be evicted from their homes on October 6, and that the notices were issued in order that the residents could use them when approaching Offaly County Council seeking permanent housing."

However, Smollen said the residents have expressed to him in various meetings that they simply "don't believe that they won't be evicted on October 6."

He asked Mr Burke if the committee of Tullamore Housing Association would be prepared to meet with the residents in order to put their minds at ease, and was told that he [John Burke] would be contacting Offaly County Council on Monday morning, August 28, to ask for a meeting between the Housing Association and Council officials.

In an update, Ken said this meeting has not yet been arranged as of today, Tuesday, August 29.

In the letter sent to tenants, the Tullamore Housing Association laid out the reasoning behind the terminations as follows:

"As you may have been made aware upon taking up occupation, this dwelling is a designated transitional dwelling within the meaning of section 25 of the Residential Tenancies Act 2004 as Amended."

"This means that any tenancy within the designated dwelling cannot be for a period of more than 18 months. The reason for the termination of the tenancy is therefore due to the transitional nature of the accommodation provided," it read.

"In accordance with section 25 of the Act, Part 4 security of tenure rights cannot arise in respect of transitional dwellings."

In response, Ken Smollen, who is the Chairperson of the Irish Democratic Party, stated: "This is nothing less than a very callous act against vulnerable people."

He suggested that the residents were "being used as pawns in an attempt by Tullamore Housing Association to secure Government funding in order to continue using the small dwellings at Lann Elo as temporary and transitional housing."

Despite being told by John Burke that tenants would not be evicted on the termination date cited in the letter, Smollen called on the Committee of Tullamore Housing Association to issue a public statement to confirm whether or not the residents of Lann Elo will have their tenancies terminated on October 6.

The Tullamore Housing Association have been contacted by the Offaly Express for a comment on this situation.

Ken Smollen said he "will continue to support these vulnerable families, all of whom will have many sleepless nights until this situation is resolved."