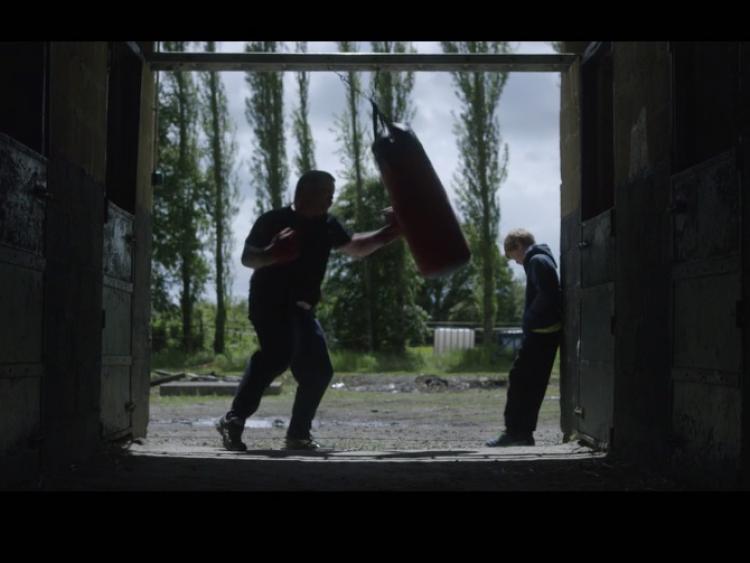 An award-winning short film entitled, Breathe, produced by Tullamore man Peter Frankie Brennan, and shot at three locations around Offaly, has made its television debut.

Starring Love/Hate actor, John Connors, the film tells the story of an ultra-macho traveller concerned that his own son might be soft.

The film was shot at Charleville Castle, as well as in Kilcormac and Portarlington and was screened on RTE 2 television on Monday night. It was directed by James Doherty.

It was also chosen today as a Vimeo staff pick and you can watch it in full by clicking here.

The short film is one about the wrangling of anger and acceptance, and ultimately love, and the barriers, even deep-seated ones, it can break down.

It is honest, stark and moving and has featured at major film festivals all over the world, including Galway, Palm Springs and London.