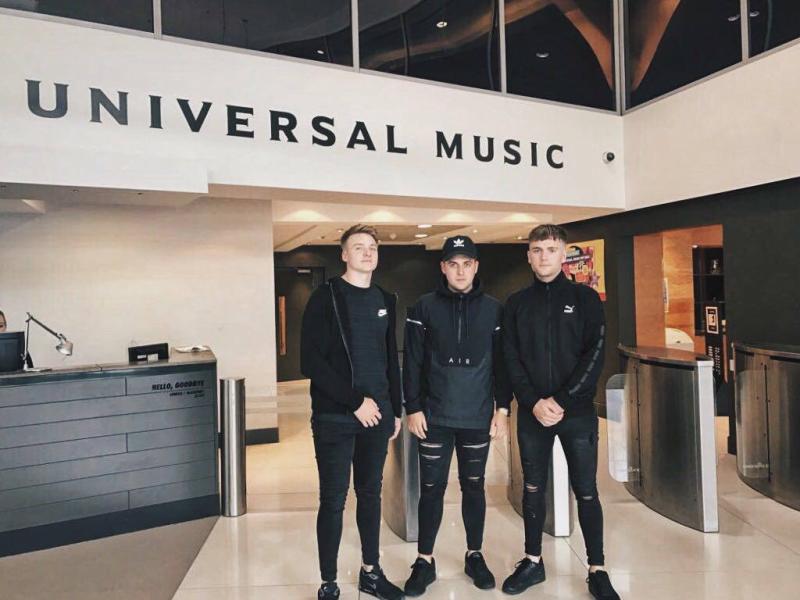 Offaly three-piece Chasing Abbey have signed a global record deal in London, having stormed the charts in recent months.

The band formed in Tullamore last July and they have now announced that they've signed on the dotted line with 3BeatUk/Universal Music Group.

Reacting to the deal, the band stated, "Thank you all so much for your support and belief. You've made three young pups' dreams come true."

The three young pups have shown their teeth in the intervening 12 months, with upbeat hip-hop track, That Good Thing, receiving widespread acclaim, putting them in front of a massive radio and live circuit audience.

Described by this outlet as one of Ireland's most exciting bands a number of months ago, Chasing Abbey are now a force to be reckoned with on the international stage.

Having grown up sharing a love of music together, Ro, Bee and TeddyC have an unparalleled charisma that culminates in an explosive live show, producing a blend of pop, dance and hip hop that Kate Brennan Harding, producer of Today FM's popular show 'Lost in Music', describes as "brilliant and unique," claiming the Tullamore group are "the coolest thing to come out of Tullamore."

It's now expected that the band will begin work on new material and there is sure to be exciting times ahead for this up-and-coming Offaly group.