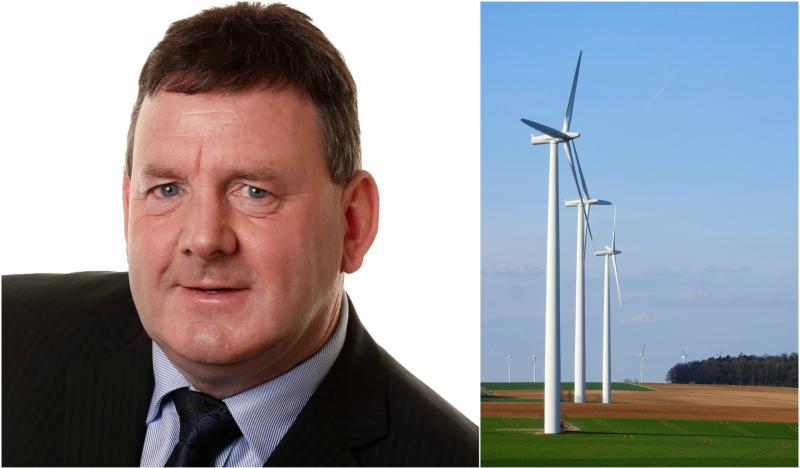 Cathaoirleach of Offaly County Council, Eddie Fitzpatrick, has said the proposed new wind energy guidelines are "far from satisfactory," having been agreed by outgoing Taoiseach Enda Kenny last week. The Fianna Fail councillors said it "seems to be another rushed decision by the Kenny Government before he left office."

He said the new guidelines refer to stringent restrictions on noise levels and zero tolerance on shadow flicker, but does not address the set back distances from houses which is a minimum of 500 metres, extending to four times the height of a turbine

"This doesn't tackle the distance issue strongly enough and these guidelines will not prove satisfactory for residents living in rural areas life Offaly," Fitzpatrick said.

The previous Fine Gael/Labour Government had been discussing the new guidelines for a number of years without any decision being reached. However, Cllr. Fitzpatrick insisted that, "during the recent Fine Gael leadership campaign, the then Minister for Housing, Planning, Community and Local Government, Simon Coveney, stated he would be looking at the new guidelines with a proposed date for announcement in September 2017.

Cllr. Fitzpatrick is questioned whether this decision was taken without any due consideration, and he went on to say that other counties across Ireland have revised the energy plans in their county development plans to protect family homes from these invasive turbines ranging from 150 metres to 185 metres.

"In light of this announcement by Enda Kenny's Cabinet, I will be contacting all Fianna Fail TDs and Senators over the next week to oppose these guidelines and I will also be discussing this with my Fianna Fail colleagues on Offaly County Council" concluded Cllr Fitzpatrick.