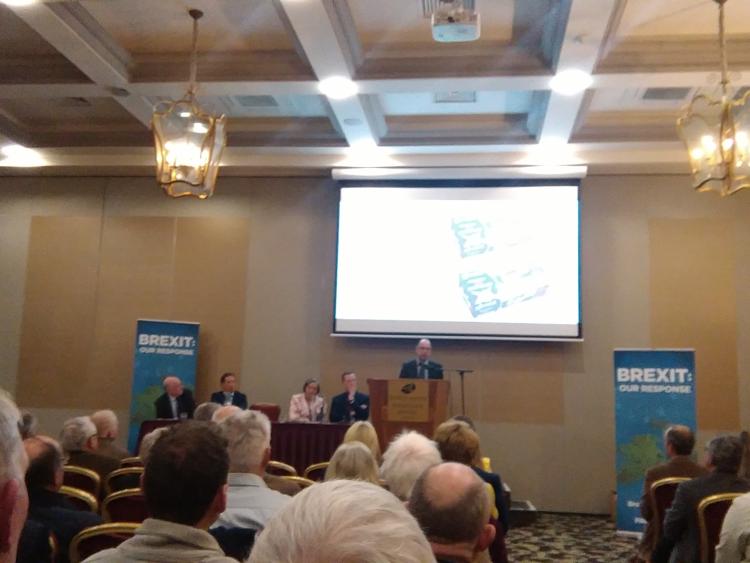 Managing Director of Glenisk, Offaly man Vincent Cleary, has said that business at the dairy company took a significant hit in the last quarter of 2016, as a result of the Brexit vote in the UK.

The Killeigh-based family business, which produces organic yogurt and milks, experienced good growth in the first half of the year, but this seems to have disappeared in the second half.

Mr Cleary was speaking at a Fine Gael meeting on Brexit in Portlaoise on Monday night, and commented that the first crux facing his business, as a result of Brexit, would be the border.

"Glenisk is focused on the 32 counties," he stated. "A hard border would be a disaster. As a small island nation with a common economic outlook we should get our economies of scale in order," he remarked.

"The softening of the sterling, which occurred in the wake of the Brexit vote, hit our business badly and made us very uncompetitive overnight," he admitted.

"We lost some business, and the UK multiples started seeking cheaper costs. We have learned that we must fine tune our product and add additional value to entice our UK customers back. We are back talking to UK retailers," he noted.

Glenisk is also making a big drive for European business this year. "I'm familiar with Germany and I know we are light years ahead in areas such as food quality. We are ahead on everything, but price," he stated.

Ireland is a high cost country to do business in, and Mr Cleary also noted that the millennial consumer is not as brand loyal and tends to be very mobile.