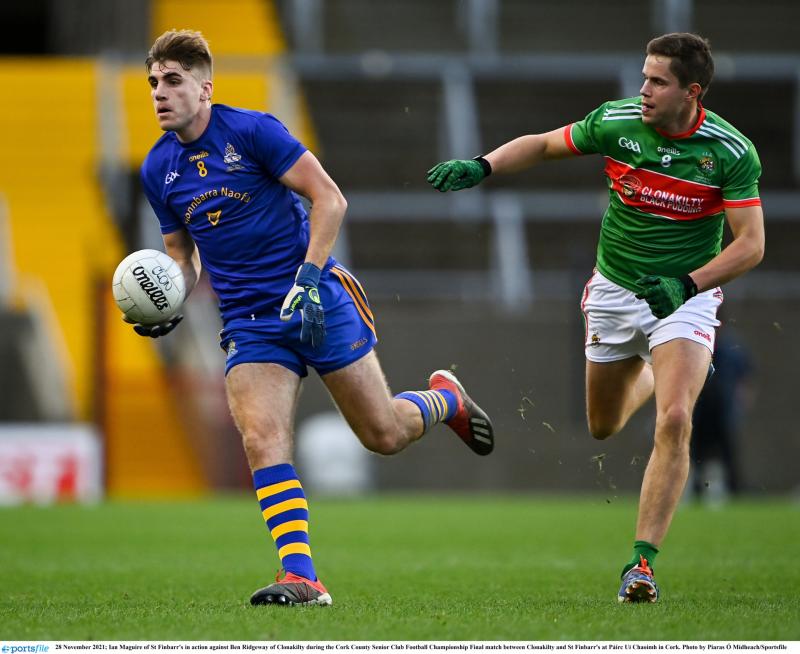 FORMER Raheen footballer Ben Ridgeway lined out at midfield on the Clonakilty side that was pipped by a point by hot favourites St Finbarr's in the Cork Senior Football Championship final on Sunday.

Ridgeway won an Intermediate Football Championship medal with Raheen in 2014 and was a key figure on their team for a few years. He also played rugby with Tullamore and moved to Cork a few years ago to work on his uncle's farm near Clonakilty in west Cork – he is captain of Bandon Rugby Club and played very well for Clonakilty this year as they reached the Cork final.

He had a great goal chance saved in the first half of Sunday's final and his presence continues a proud Offaly tradition in Clonakilty.

Clonakilty is the home club of long time Colaiste Choilm, Tullamore teacher and football mentor, Ray O'Donovan – O'Donovan played on the Clonakilty side that was also beaten by St Finbarr's in the 1985 county final and their centre half back that day was a former Offaly and Ballycommon footballer, Aidan Scally.