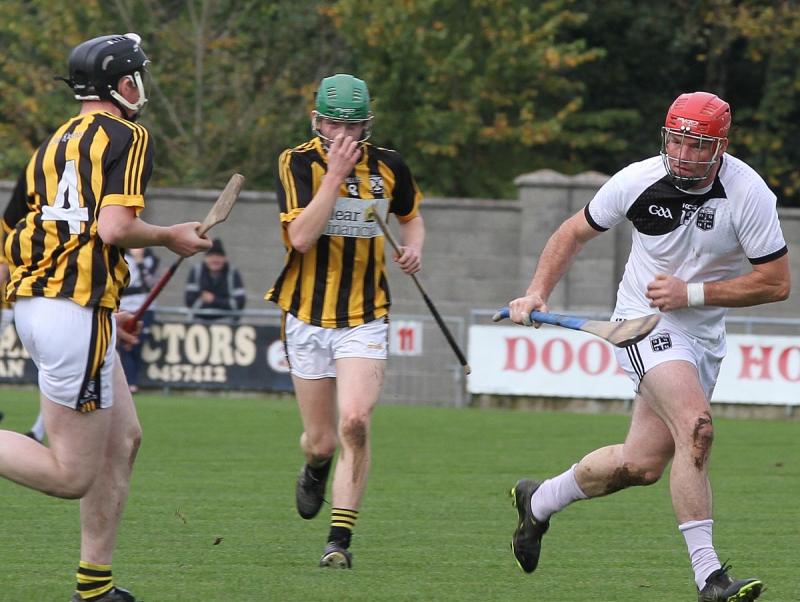 Action from the 2019 IHC final between Clara and Seir Kieran

The Senior “B” Hurling Championship is proving to be a very competitive, enjoyable one. There are six teams in the one group and with the top four qualifying for two semi-finals, a more definitive picture will become clear this weekend.

At the moment, Tullamore and Lusmagh are top with two wins each and four points while Clodiagh Gaels and Clara have two points. Kilcormac-Killoughey and Shinrone have no point yet after losing their first two games.

With three rounds to be played and four teams qualifying, every team is still in the hunt but a third defeat will leave Kilcormac-Killoughey and Shinrone up against it. There are no clear favourites in this championship yet, though Tullamore and Clodiagh Gaels are the front runners and Lusmagh will fancy their chances.

The Intermediate Hurling Championship will be down to the quarter-final stage after this weekend's third round.

The four games are almost identical in their set-up. In group 1, Shamrocks and Birr are top on four points and the winners of their meeting will go into the semi-final with the losers into the quarter-final. A draw will do Shamrocks as they have the better scoring difference. Coolderry and Seir Kieran have no point yet and the winner of their meeting will claim a quarter-final berth with the loser into the relegation playoff.

Similarly in group 2, Carrig-Riverstown and St Rynagh's have four points from their two games and are both through. The winners of their game is into the semi-final, the loser in the quarter-final and a draw is enough for Carrig-Riverstown who have the better scoring difference. The winner of Belmont and Kinnitty will go into the quarter-final with the loser in the relegation playoff – neither has a point yet.

The fixtures for Saturday, September 25 are:

The Junior Hurling Championship is on the same format as senior. There are two groups of five but the teams criss-cross, playing the sides in the other groups. The total points tally counts, meaning that it takes a while for a definite picture to become clear.

Coolderry beat Ballyskenach-Killavilla by 1-17 to 0-16 in a delayed fixture last weekend, completing the second round games – the original fixture did not take place as the Competitions Control Committee couldn't get a referee.

After two rounds, Ballinamere, Shamrocks and Brosna Gaels are top of the table with a 100% record and four points. Tullamore, Edenderry, Kilcormac-Killoughey and Coolderry all have 2 points while Clodiagh Gaels, Ballyskenach-Killavilla and Gracefield are bottom with no point.

The top four teams go into two semi-finals and the stakes are now big for the bottom teams as a third defeat will almost certainly knock them out.

Round 3 fixtures, with first named at home, are: