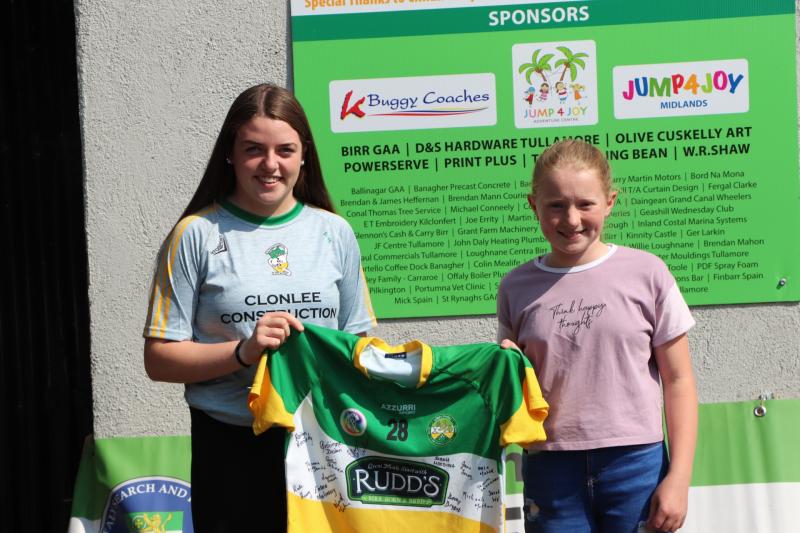 The single biggest fundraiser of the Biffochallenge took place in St Brendan’s Park, Birr, on Sunday 11th July raising in excess of five thousand euro with a total of 63 participants taking part on the day.

The roll of honour is displayed on the wall of the Offaly Search and Recovery boat house in Banagher. An enjoyable day was had by all in conditions that were not the best with heavy showers. The participants ranged from those that were there for the fun of taking part to the very competitive.

The top 15 participants had their names and average distances displayed on the team jersey with the highest scorer taking the number one position. The competition for the places on the jersey was keenly fought by many participants with the lowest score been just over 100 yards.

The top three places were all filled by members of the Offaly senior hurling team. Tthe Offaly captain Ben Conneeley from St Rynaghs Club slotted in between the Kiely brothers from Kilcormac/ Killoughey, both of whom hold a number of All Ireland Poc Fada titles. The pride of place on the day was taken by Cathal Kiely with a score of 123.33 yards. The KK man was followed closely by Ben Conneeley with 119 yards, Cillian Kiely took the third place with 117.33 yards.

The competition was keenly fought by the many club mates, father and daughters and father and sons with one father and son combination making it to the jersey. Ben Conneeley took the second place with 119 yards while his father Michael took 12th place with a score of 102.67 yards. The fifteen places on the jersey were so keenly fought for that there was only a distance of twenty-three yards between the number one position and the number 15 position very close when you consider that each participant took three shots.

The Biffochallenge team wish to thank all of the participants in the competition. While the Offaly Search and Recovery team look forward to next year’s event which will become their main fundraiser going forward. The date for next year’s competition is Sunday 10th July. The Biffochallenge team wish the Kiely Brothers the best of luck in the upcoming Poc Fada All Ireland Final and look forward to their participation in next year’s event which will be bigger and more competitive than this years.