Dolan out as Tynan named for Offaly U-20 footballers 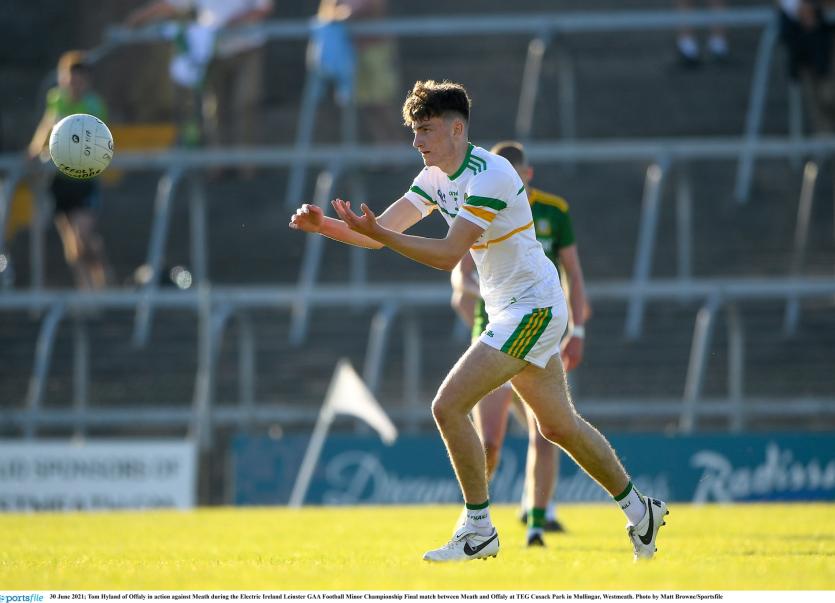 OFFALY full back Kieran Dolan has been ruled out for tonight's Leinster U-20 Football Championship final against Dublin in Portlaoise.

The Offaly captain suffered a hamstring injury in the semi-final win over Westmeath and has not recovered in time. His place is taken by Tom Hyland, who was a member of the Offaly minor football team that lost the 2020 Leinster final a few weeks ago. Shamrocks man, Dolan's injury is unfortunate as he had done well to recover and regain full fitness and form after a bad vertebrae injury in a car accident in February 2020 – that accident ruled him out for most of last season but he was back playing well for Offaly this year.

That is the only change in the team with midfielder Morgan Tynan passed fit to start. The Ballinagar man went off after just ten minutes of the win over Westmeath. He had sustained a heavy hit to the head area late in in the first round win over Wexford and he wasn't feeling right against Westmeath, despite having started well. Tynan came through a strenuous test in the past few days and his availability is a big help.

The only others changes sees Edenderry's Brian Nolan returned to the panel in place of Dolan while Tullamore's Oisin Keenan Martin has also been added to the twenty four, replacing his club mate Harry Plunkett, who is gone on a holiday. Keenan Martin is a very good defender and would have been in contention for a starting place in the earlier games but injury ruled him out until now.

Tonight's game starts at 7.30pm and Offaly are trying to capture their first title in this grade since 1995.