"Our best team will be lining out. It is championship and it is knockout" - Fennelly 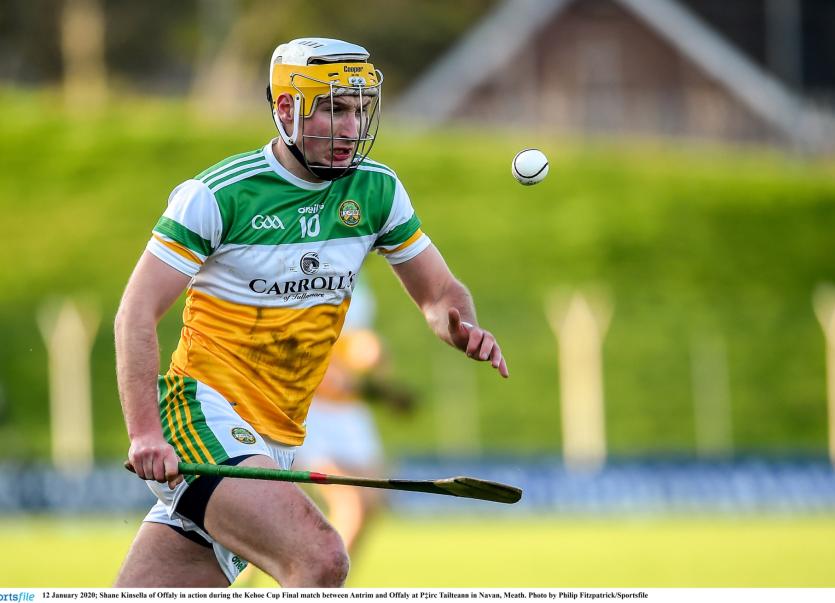 OFFALY may well be unbackable hot favourites to win but manager Michael Fennelly will still be selecting his strongest possible team for the visit of Wicklow for the Christy Ring Senior Hurling Cup semi-final on Saturday next.

The game will take place in Tullamore at 2.00pm and the Kilkenny man confirmed: “Our best team will be lining out. It is championship and it is knockout.”

He will be expecting the players to hit the ground running even though his second string team beat Wicklow by 1-32 to 0-10 in Baltinglass in the league a few weeks ago. Offaly played very well that day but Fennelly is not leaving anything to chance and won't be experimenting with players.

“We had a lot of momentum the last day and lads who played that game were fighting for places. It is six-seven weeks ago, it is a long time ago and we are starting from scratch here. It is a semi-final and it is championship. I said it before, our second team is not that much different from our first team. A lot of the lads are at a quite similar level and we have changed the team a bit since then.”

Asked will it be difficult to motivate the team for a game that they are such hot favourites to win, he replied: “We are looking to win the Christy Ring and lads want to put on an Offaly jersey. They want to showcase their best and their potential.”

Offaly will be selecting from a full strength squad and they have no injury worries. “Everyone is fit and healthy,” Fennelly declared, revealing that Brian Watkins has returned to training after a long time achilles injury. “He is still not fully fit but he is back playing which is great to see,” the manager revealed.

While anything can happen in sport, t is almost inconceivable that Offaly's first choice side can lose – even if Wicklow will be much more up for a championship tussle.

Offaly secured their semi-final place with a 2-39 to 2-17 win over Sligo a week ago. It was a far from perfect performance by Offaly, particularly in the first half but they did what they had to do and the manner of victory didn't really matter while they did play some very good hurling on the day.

The challenge for Offaly manager Michael Fennelly will be to get them fully focused for the Wicklow game. Offaly are hot favourites to win the Christy Ring Cup and displayed significant improvement as they won promotion to Division 1 in the National Hurling League this year.

The impression remains that Offaly would have challenged very strongly for the Joe McDonagh Cup if they had reached the Christy Ring Cup final last year. Their form in the league was outstanding against mainly Joe McDonagh Cup opposition and it is difficult to get away from the impression that they are a year behind where they should be as a result of last year's semi-final defeat against Down.

Yet failure to win promotion last year may have served Offaly well in the long run. It gave Michael Fennelly a chance to really focus the players' minds on what was needed and snapped them out of any comfort zone that they may have been in. It allowed them to shake up the panel, with some players opting out, others moved on while some players have made significant improvements in the last few months. Attackers such as Liam Langton and Oisin Kelly are playing their best, most consistent hurling for Offaly.

Collectivvely and individually, Offaly have taken considerable steps forward. A long road remains ahead but playing at the lower level may have enabled this process to take place at a deeper level. The absolute key now, however, is to win the Christy Ring Cup and move back up the Joe McDonagh Cup. Wicklow are unlikely to halt those ambitions and Offaly will also be favourites for the final against Derry or Sligo on Saturday, July 31.