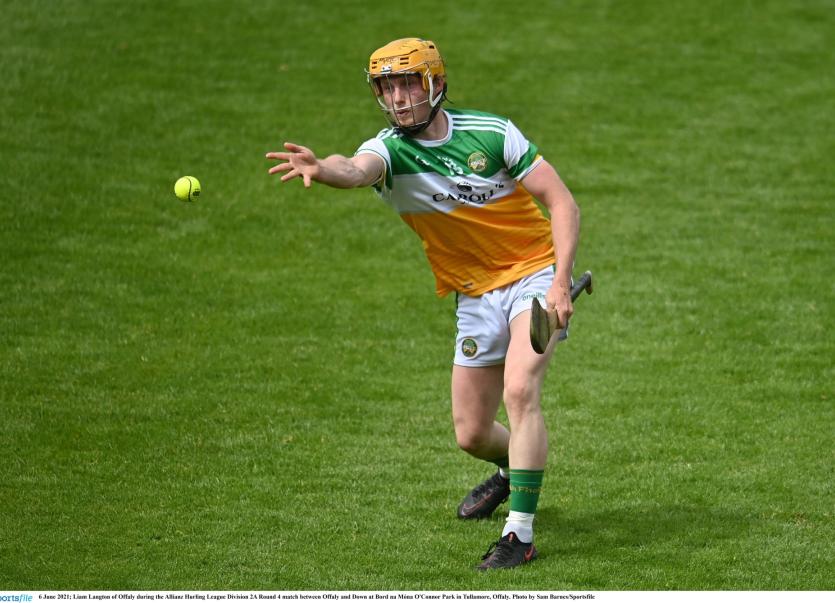 IT may seem a strange thing to say when one looks at the final scoreline but Offaly did not play well as they dismantled Sligo in the Christy Ring Cup in Sligo today. A 2-39 to 2-17 win was a satisfactory result but this was a substandard display by Offaly, despite a few positives to be taken from the afternoon.

The possibility of a shock never permeated the air, even when Sligo were level after 22 minutes and their home support were getting more vocal by the minute. This was never going to be anything other than a comprehensive Offaly win and in a way, it seems churlish to pick holes in that.

However, this type of performance just would not cut the mustard against any of hurling's A list counties. That is where Offaly are hoping to get back to and this display was a world removed from that level.

It was, however, a job done by Offaly. Qualification to the Christy Ring Cup semi-final secured and no harm done. That was what this game was all about for Offaly and no matter who you are playing 2-39 is 2-39. And the fact that the tally was secured when playing in no more than third gear and going through the motions for a lot of the afternoon tells its own story.

Offaly effectively had the game won when they led at half time by 0-20 to 1-9 but that disguises the true story of the first half.

In many ways, it was actually quite shocking stuff by Offaly. They didn't work hard enough, they were sloppy and they didn't match the intensity that a fired up Sligo showed. There was always the possibility of that happening considering how hot of favourites they were but it was still disappointing to witness the volume of mistakes and turnovers. It was all over the field and Offaly won't like looking at that first half later this week when management analyse the game.

It was a collective failure by Offaly and they just weren't sharp and clinical enough in most facets of play. Offaly led by 0-4 to 0-1, 0-7 to 0-2 and 0-8 to 0-3 in the first ten minutes but even at that, they were not playing well.

And Sligo rallied to get the scores their effort deserved. They were 0-9 to 0-5 behind when they got in for a 15th minute goal that summed up the way Offaly were playing with Ciaran Burke failing to gather the ball and his man Gerard O'Kelly-Lynch getting in for the three pointer. Offaly led by 0-11 to 1-7 at the water break and O'Kelly-Lynch's free levelled it up in the 22nd minute.

Offaly were better after this, though they were far from convincing and there were still too many mistakes in their play. Sligo goalkeeper Stephen Fleming made a good save from Oisin Kelly in the 25th minute while Liam Langton blasted over the bar when a goal was there for the taking. As the half wore on, however, it became clear that Offaly were fitter and it told on the score board. Eoghan Cahill got ten of their first half points as Offaly outscored Sligo by nine points to one after they were level to lead by eight at half time.

Offaly were better in the second half. They worked a bit harder, they were a bit sharper and they reduced their error count but they still didn't set the world on fire, despite hitting almost forty points. Manager Michael Fennelly admitted afterwards that it was just an “okay” display. “It was okay, it was not the performance we were looking for but its a result,” he grimaced, admitting that there were too many errors and he was also disappointed that they didn't test the Sligo goalkeeper more.

A Shane Dooley goal a few seconds after the restart gave Offaly a 1-20 to 1-9 lead but they didn't push on for a few minutes as Sligo continued to work hard. It was 1-23 to 1-11 when Sligo got in for 1-2 without reply with the goal coming from Gerard O'Kelly-Lynch in the 40th minute – Ciaran Burke, who had played very well in the league but struggled here, making a couple of mistakes, was replaced soon afterwards.

It was 1-26 to 2-15 after 50 minutes and Offaly were still playing some very mediocre stuff. Sligo, however, didn't score again in the closing quarter as Offaly added 1-13 without reply – the goal was a lucky one three minutes into injury time as Aidan Treacy's shot from distance was fumbled into the net by Stephen Fleming.

It was one of those days where Offaly couldn't really win no matter what they did. Had they clicked into top gear and scored fifty points and a few goals, it would have been no good to anyone and a detailed analysis of the game won't be required.

At the same time, Offaly didn't give a collectively good performance, though there were a few good individual displays. Almost every Offaly player made mistakes and some made a few but there were players who impressed and worked hard. David King, Aidan Treacy and Killian Sampson did well in defence.

Leon Fox had his moments in a midfield zone where Offaly will be looking for improvement while Eoghan Cahill had another prolific day, scoring fifteen points, three from play. Brian Duignan improved as the game wore on and got six fine points from play. Liam Langton started well and scored five points but was still shy of his best while John Murphy came into the game in the second half after a mediocre first half.

Offaly won't have learnt a lot from this game and the biggest lesson is the absolute necessity to get out of this grade of hurling and up to a higher level. Sligo competed as well as they could and their work rate before they dropped their heads in the closing quarter was exemplary. This level, however, is no good to Offaly. They need to get back up to the Joe McDonagh Cup and they need to make sure they make no mistakes in the next two games and get more tuned in than they did today.