Camogie player of the month award for Offaly dual star 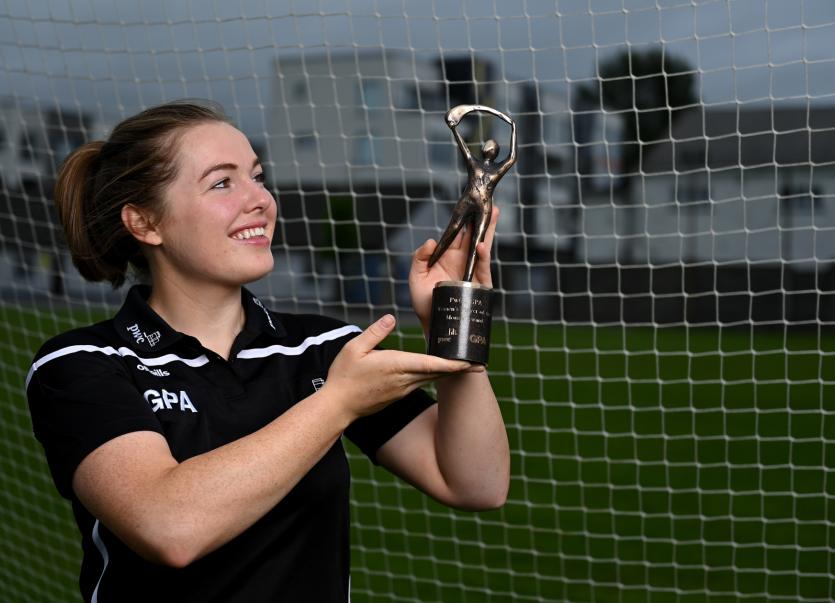 OFFALY dual star Grainne Egan has been handed a major accolode by being named as the @PwCIreland camogie player of the month for May.

Egan was announced as the winner yesterday and has been honoured after starring for Offaly during the National Camogie League Division 1 campaign.

The multi-talented player came to national prominence earlier in May when she starred for the Offaly camogie and ladies football team on successive days.

She scored 3-5 for the camogie team in their fine win over Dublin on the Saturday. On the following day, she togged out for the ladies footballers in their National League Division 4 win over Carlow, scoring 1-8.

It was a great scoring return by Egan and her and Roisin Egan of Naomh Ciaran ladies football club and St Rynagh's camogie club are coming both games at county level.

A PE teacher in Tullamore, Grainne Egan plays her club camogie near Shinrone and ladies football with Tullamore.

The Offaly camogie campaign ended with a quarter-final defeat by Tipperary last weekend while the ladies footballers have a big game this Sunday. They play Louth in the Division 4 semi-final in Clane at 4.30pm.