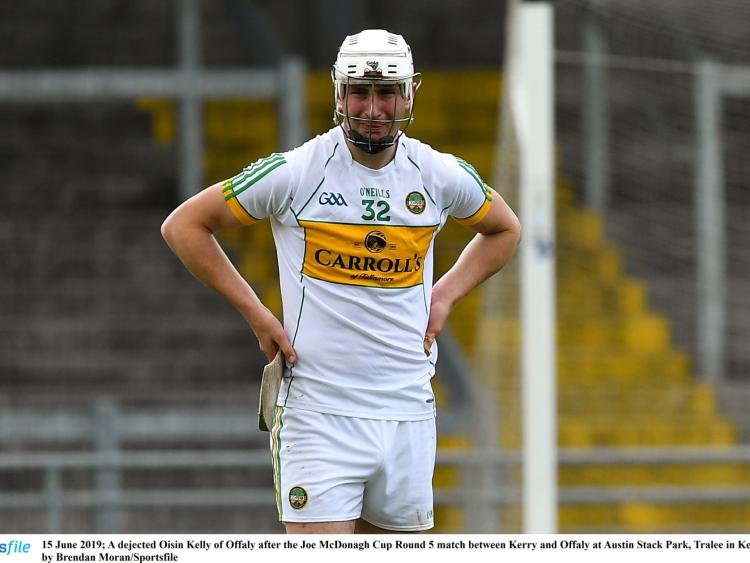 THERE will be no hiding place, no margin for error when Offaly senior hurlers begin their assault on the Christy Ring Cup with a crunch game against Derry this Saturday in Newry.

The stakes are absolutely massive for Offaly, they desperately need to win this competition and move back up to hurling's second tier, the Joe McDonagh Cup.

Their relegation to the third tier, the Christy Ring Cup, last year was a dreadful blow to a county who last competed in the All-Ireland senior hurling final in 2000 and who won the Liam McCarthy Cup for the fourth time just two years earlier.

As the great team of the 1990s entered their decline, Offaly found that they hadn't the same quality of hurler emerging to replace them and the slippage soon gathered breakneck pace. It was gradual at first with some good performances and results but there was enough bad days to paint a very gloomy picture for the future.

Apart from 2004, Offaly never looked like winning a provincial, never mind an All-Ireland title. There were moments of promise, managerial reigns when Offaly were somewhat competitive but over a period of time, they continued to decline. Offaly suffered some horrific beatings by hurling's marquee counties and in recent years, there was no escaping reality as they first slipped into the Joe McDonagh Cup and then down to the Christy Ring.

Offaly are red hot favourites to win the competition and there will be bitter disappointment if they don't achieve that objective, though we are in a very strange year with Covid-19 restrictions and you never know what will happen.

A Covid-19 case involving an Offaly senior hurler and resulting in the rest of the squad being declared as close contacts saw them forced to concede a walkover in their first round clash against Kildare.

Offaly could have done with that game as they bid to find out where they are after their long lay off – priority was given to club games after the GAA was given the go ahead to resume activity a few months ago and the county squad were only allowed to resume training a few weeks ago. That case and subsequent shutdown threw a further spanner into the works.

It was something manager Michael Fennelly and players could really have done without but fortunately the Kildare walkover did not prove fatal and Offaly had a second chance. However, it shows how delicate things stand in this crazy season – another case and walkover would result inm Offaly being gone and there are no second chances from here on in.

Offaly are warm favourites to beat Derry on Saturday but they won't be taking for granted. Their campaign in Division 2A of the National Hurling League in the pre-Covid days early in the season showed the long and treacherous road that lies ahead.

Offaly finished third in the table behind Antim and Kerry, with Antrim claiming the promotion spot. Their form was less than convincing – fortunate to beat Meath in their first game, Offaly suffered a devastating 2-11 to 0-14 defeat at the hands of Kerry in their second round. Their promotion ambitions were derailed when they drew with Antim in a game that they should have won and while Offaly had run away wins over Mayo and Wicklow, they were poor consolation for not winning promotion.

The Christy Ring Cup is nowhere near as strong as Division 2A of the National Hurling League. Antrim, Kerry and Meath are in the Joe McDonagh Cup and Offaly should be able to win it.

They have Derry this Saturday and Roscommon and Sligo clash in the other round 2B game. Down and Kildare await the two winners in the semi-finals and there is nothing to be afraid of for Offaly in any of those teams. They should be able to beat them all, and fairly easily at that but Offaly's recent history means that they will be threading very gingerly into the campaign, taking absolutely nothing for granted.

We have no idea what way the long spell of inactivity will affect Offaly and a 1.30pm Saturday fixture in Newry is not a simple one. There have also been changes to the Offaly panel since they resumed - Belmont's Mark Egan and Leon Fox and St Rynagh's Sean Dolan have left the panel due to a mixture of injury, work and personal reasons while Seir Kieran's Adrian Hynes, Kinnitty's Paddy Delaney and Clodiagh Gaels' Joey Keenaghan have come into it after doing well during the club championships.

There are newly emerging signs of optimism for Offaly hurling. The U-20 and minor hurlers had encouraging recent wins over Westmeath and Laois and there is clearly a lot of work going on, a great desire at all levels of Offaly hurling.

However, it is very early days yet and Offaly hurling is a work in progress at all levels. It is the same with Michael Fennelly's team. They are working hard at all aspects of their game – their physical conditioning and skill levels. They are hungry and committed but the challenges remain massive. Offaly are in a very traditional spell and the current team have endured far more bad days than good ones. It is not easy to develop a winning mentality from that but there is a golden opportunity for Offaly to begin that process now.

Derry competed at a level below Offaly in the National Hurling League, Division 2B – they topped the table in the group stages but lost out on promotion when Down defeated them in the final on October 18.

It is impossible to know what way Offaly are until we see them playing and it will be interesting to see what the team is when it is announced later in the week. Offaly will be putting their best foot forward and it should be enough to secure a semi-final berth.