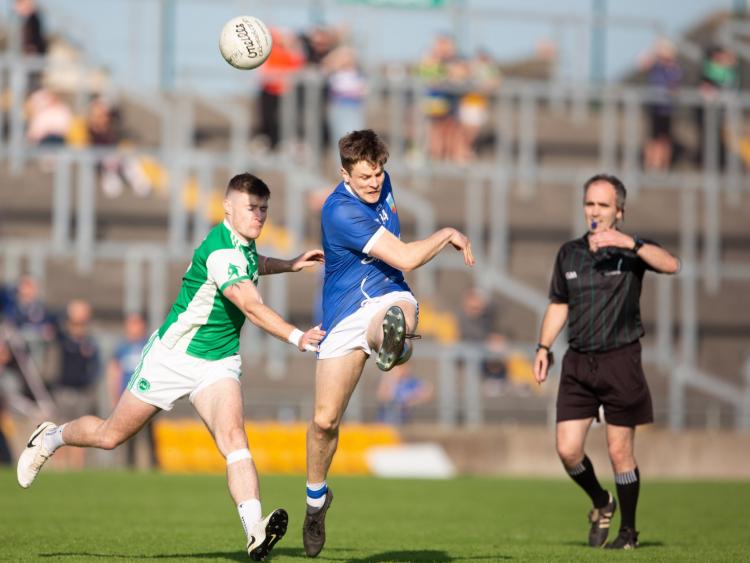 THE Senior Football Championship in 2020 was as good as any produced in recent memory and better than most.

The full availability of county players as priority was given to clubs played a definite role in this while the long lay off because of Covid-19 restrictions had players chomping at the bit for action.

Whatever the reasons, there were plenty of quality games, great individual performances and drama and talking points.

Rhode emerged as very worthy winners. They were the best side over the course of the campaign, though they very nearly came a cropper in the semi-final against Edenderry. That was easily Rhode's worse performance of the year, and they were fortunate to force extra time, where they finally clicked into gear.

Tullamore came within a hair's breath of a famous title win. They lost their first two group games, including a shock defeat by Cappincur, and scraped into the semi-final with a super display in a win over Clara. They beat Ferbane in the semi-final in Offaly's first penalty shootout and almost snatched a dramatic win in the final against Rhode when a Nigel Bracken goal deep in injury time was ruled out for a foul. They would have been stealing it but Tullamore were that close to a win.

The other big talking point from the year was Clara's relegation to senior “B”. Their demotion was not a big surprise as they have been entering a transitional period for a few years now. With most of their long term stalwarts gone, Scott and Ross Brady only came back for the relegation play off defeat by Bracknagh and Thomas Deehan was used as a sub in most games. Clara will be favourites in the senior “B” next year but it is far from written in stone that they will progress.

It was a somewhat disappointing year for Shamrocks, who beat Bracknagh in an excellent first round game but never fully ignited and bowed out in the group.

Special mention has to go to Cappincur who had that fantastic first round win over Tullamore and would have made the semi-final had they not spurned a golden chance of beating Clara in the second round.

The following is my club senior football team of the year:

The county final goalkeepers, Rhode's Ken Garry and Tullamore's Shaun Martin both did well but the choice is Ferbane's Jack Cullinan. He was very steady in goals for the most part, competent under all types of ball and very good at placing team mates with kickouts and clearances in open play.

Eoin Dunne impressed in the Edenderry defence and was a big loss when he couldn't line out in the semi-final against Rhode. He did his primary defensive duty well, did the simple thing well and was very diligent in the way he played. He has been called into the Offaly senior football panel as a result of his displays and he edges out Rhode's Brian Darby here.

Jake Kavanagh may not be as well known as many of the county players all around him but he was very solid in the Rhode defence, physically impressive and rarely put a foot wrong. Ferbane's Leon Fox was a contender.

Patrick Robiliard continued to impress as a very decent defender in 2020. He played at both full back and corner back and while he is still a work in progress, he has good potential.

5: Right half back – Carl Stewart (Clara)

It was a miserable year for Clara but Carl Stewart provided light at the end of the tunnel for them. While he played mainly at centre half back, his performances were so good at times that it would be a shame to leave him off this team. Powerful and strong on the ball, his bursts up field were exciting to watch and he is so composed in possession. He has now been called into the Offaly senior football and it will be interesting to see how he progresses if he commits to this over a couple of years and gets inter-county fit. Edenderry's Rory Egan was a strong consideration for this position.

6: Centre half back – Eoin Rigney (Rhode)

Eoin Rigney was very solid at the heart of the Rhode defence. He did the basics very well and brought a lot to the Rhode cause when breaking tackles and moving forward.

Another solid year by Niall Darby. The Rhode captain mopped up a huge volume of ball on their half back line and his ball retention and ability to find a man was generally very good.

Jordan Hayes had a huge year at midfield for Edenderry. He was brilliant at times, giving a man of the match performance in the semi-final against Rhode, when it was very unfortunate for him that he got bottled up in possession for the champions' final equaliser in normal time. His distribution was superb. Tullamore's Aaron Leavy also had a great year and was a very close contender.

Eoin Carroll was a major factor in Cappincur going so close to a historic semi-final place. Despite being targeted for special attention by every team they played, his physicality was immense and he displayed real leadership. There was a temptation to go with Alan McNamee in midfield as he had such a good county final and made a big difference when coming on in the semi-final but he was used mainly as a sub in the group stages as Rhode managed his game time.

Once again Anton Sullivan was crucial to Rode's success. His energy and running created so much for them and he got plenty of important scores, including six from play in the first round win over Clara.

It didn't quite happen for Ferbane this year but Joe Maher has to be on this team. He produced one of the performances of the season when he grabbed the first round game against Edenderry by the scruff of the neck when they seemed to be in trouble. He was immense that day and followed up with other quality displays, scoring regularly from play and frees.

A bit of a left field choice here but Bill Carroll had a great year for Cappincur. He played at full forward, out on the half forward line and at midfield during games and has now been brought into the Offaly senior football panel. He was excellent in Cappincur's first round win over Tullamore, scoring two crucial points, while he gave a man of the match display in their unlucky defeat by Clara, scoring four points from play. Younger brother of Eoin, he also got three from play in their defeat by Rhode and is clearly a potential Offaly senior footballer. You could also make strong cases for Bracknagh's Peter Cunningham and Mikey Cunningham being on this team and their attacking play was a highlight of the year.

Some people may question the presence of three Ferbane players on this team but Cian Johnson once again oozed class and quality in their defence. He is not a Niall McNamee player who will dominate games and shine in general play but he is a serious finisher and has a great ability to create chances out of nothing. His scoring stats were once again impressive and were all from play: 0-3 v Edenderry, 2-2 v Bracknagh and 0-6 in the semi-final against Tullamore – he was injured for their win over Shamrocks. Shamrocks' Jack Bryant was a serious option here and he is a really exciting prospect.

A fairly straight forward choice here. Johnny Moloney is an automatic on this team and was the single biggest reason they reached the final as he inspired all around him, driving everyone on and scoring freely.

Another position that was easy to fill. Niall McNamee had a sensational year for Rhode and was back to his brilliant best. He was truly inspirational and the quality of some of his scores and general play was just breath taking. He got the decisive extra time goal in the semi-final against Edenderry and was named as man of the match in the final. Tullamore's Luke Egan did very well and is one for the future.

Memories of the late Jimmy Daly

The Durrow man died suddenly in 2004 and was a colourful character with a tremendous passion for the GAA and Offaly teams.

He lived and worked in Dundalk, where he died, but he used to travel all over the country to Offaly football and hurling games – he often cycled to matches and distance was no object. On one memorable occasion in the 1980s, he cycled from Dundalk to his native Durrow where he visited family, went on to Limerick to a match, back to Durrow and then onto Dundalk again

He had an incredible encyclopedic memory of GAA facts and statistics going back for decades and had a great love for the GAA and all it in entailed.

BIRR referee Richie Fitzsimons took charge of the National Hurling League Division 3B final between Sligo and Leitrim in the Connacht Centre of Excellence last week.

Fitzsimons has made great progress as a referee in recent years, emerging as one of the top hurling officials in Offaly and he saw Sligo beat Leitrim by 3-17 to 2-16 in a closely contested final.

1 – Prior to 2017, when was the last occasion that Mayo beat Kerry in a Senior Football Championship replay?

2 – Name the only member of the 2017 Mayo senior football panel who made their championship debut in 2003?

1 – Who is the player that is considered to be the youngest ever to play in an All-Ireland senior football final?

2 – Name the Derry man who missed a penalty in the 1980 All-Ireland minor football final in his last game of gaelic football?

3 – Name the two men who won both U-21 and senior All-Ireland hurling medals, played against each other at senior level and both became presidents of the GAA?

Answers in next week's column. With thanks to former referee Carthage Buckley for supplying the questions and answers.