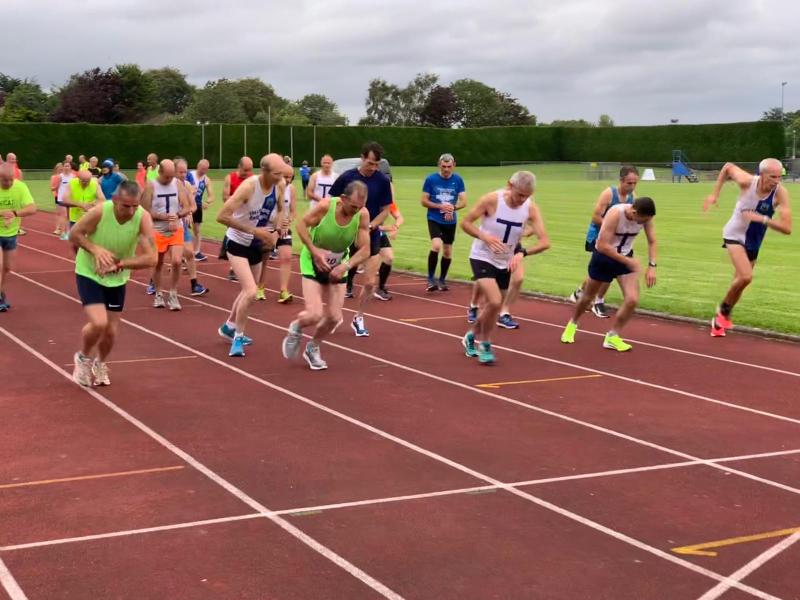 OFFALY sports clubs and competitors were left frustrated and disappointed when the Government lockdown resulted in the postponment of most fixtures and events for the next two weeks plus.

The lockdown was announced on Friday evening for Offaly, Laois and Kildare following a surge in Covid-19 figures for those three counties and will remain in force until Sunday, August 23 when it will be reviewed.

The implications for sporting bodies have been massive. It throws the Offaly GAA programme of fixtures into chaos as they had a tightly scheduled plan to finish their adult football and hurling championships by the middle of September.

A full round of Football Championship games were fixed for last weekend but had to be postponed along with the second round of the hurling this weekend and the third round of the football on the following one. A Senior Football Championship game between Edenderry and Shamrocks was also called off on Friday evening along with a senior “B” fixture between Ferbane and Ballycumber and junior and junior “B” games. These could have went ahead as the restrictions did not come into force until midnight on Friday but with all other games falling by the board, there was no point in playing an isolated couple of games.

With the lockdown not scheduled to end until midnight on Sunday, August 23, it means that Offaly will lose three prime weekends of action. 2 rounds of football and 1 of hurling were scheduled to be played on those weekends, though Offaly GAA chairman Michael Duignan stated this week that they will be making representations to play that Saturday and Sunday if the restrictions are being lifted as planned. The new restrictions came into effect from midnight on Friday and if it lasts until August 23, it will be a 16 day rather than a two week embargo on certain activity and movement.

There was a small bit of consolation for clubs and players in Offaly when the GAA rowed back on Monday on an earlier stipulation that all grounds must close and training cease during the restrictions. Counties held a conference call with GAA president, John Horan and director general Tom Ryan on Monday and they agreed to requests from Offaly, Laois and Westmeath that this be lifted after consulting with their Covid Advisory Group. It means that outdoor facilities can remain open and that non contact training can take place for groups of fifteen and less.

In a statement on Monday evening, the GAA said: “The Covid Advisory Group are satisfied that to date the incidence of reported positive Covid cases among those participating in Gaelic Games in Laois, Offaly and Kildare is miniscule, and no higher or lower than the general incidence among GAA clubs nationwide. This is testament to the work of our clubs and members in those Counties in adhering to the Safe Return guidelines and our membership should be very proud of what it has achieved in this context to date.”

They added: It is hugely unfortunate that circumstances beyond the control of the three Gaelic Games Associations in Laois, Offaly and Kildare has led to the cessation of games in these three Counties, but this is certainly no reflection on our clubs and members who have worked so hard – and so successfully – to restrict the spread of the virus. It is the Associations’ expectation that once restrictions are lifted in those Counties that clubs will be able to resume activity on the basis that their fellow clubs in the other 29 Counties are currently operating.”

While welcoming news that the ban on training was being lifted, Michael Duignan was still in a despondent mood when he spoke about the latest blow to hit Offaly GAA on Monday afternoon. Addressing the impact on their club games, county teams and finances, he said: “We were hoping crowds would be increased but they weren't. The reality is the majority of counties won't be able to take this hit. It will be in the hundreds of thousands. We have to get more clarity from Croke Park and the Government about the funding that is being promised. There is funding but what is the model, how much is each county getting. The way things are going, we won't be able to go back training. I don't want to have to ask players to train without expenses. We spent long enough with players not looked after. It was not right and should not stop. There are bigger implications with coaching staff, full time staff. Even from a maintenance point of view with O'Connor Park and Faithful Fields. We can't fundraise, we can't have matches, our gates are locked. We need grant aid.

“It is bleak for us but it is bleak for the organisation. It is really tough times and the reality of it is hitting us all now that the GAA is in a really tough position. We will survive. We have survived siunce 1884 and gone through a lot. We will come out of it but it is tough. We have 41 units here in Offaly and I am reflecting what they are feeling. We were streaming games because of only fifty at games and we accepted that. It is one knock after another at this stage and to go back where we started is very hard. It is taking me a couple of days to take the knock this time but we have to get up and regroup.”

Other sporting bodies have also suffered. All fixtures in the soccer Combined Counties Football League (which caters for Offaly, Laois and Westmeath) have also been cancelled and they are in a race against time to get finished as their new season is scheduled to get underway in September.

The golf schedule has also been affected. Inter club matches involving golfers from the three counties have been put on hold while some clubs have also cancelled competitions. Open fixtures have been deferred as golfers can't travel from outside the county and some internal competitions have also been pushed back, though some of these are progressing.

Ironically, the restrictions have also affected clubs in neighbouring counties. In Westmeath, Moate and New Forest have sizeable memberships from Offaly and Moate have deferred their president's prize until the end of September as a number of golfers would not be allowed play while the restrictions on travelling outside county boundaries are in place.

A ladies open day has been cancelled in Birr, who has some members from Tipperary and Galway while there are also clubs straddling county boundaries in Portarlington (Offaly and Laois) and Roscrea (Tipperary and Offaly).

Athletics has been hit too, though they can still hold organised training sessions for juveniles and adults. A scheduled 10 mile road race for Kilbeggan has been cancelled on Sunday next as part of the planned course goes into Offaly while they also had over 100 entrants from Offaly, Laois and Kildare. The Tullamore Harriers ran their own internal Gorwan 8 mile road race last Tuesday week but have postponed their Peter English 625 which was fixed for August 14. Their Neville 10 mile road race is on August 30 and they are obviously hoping this goes ahead.