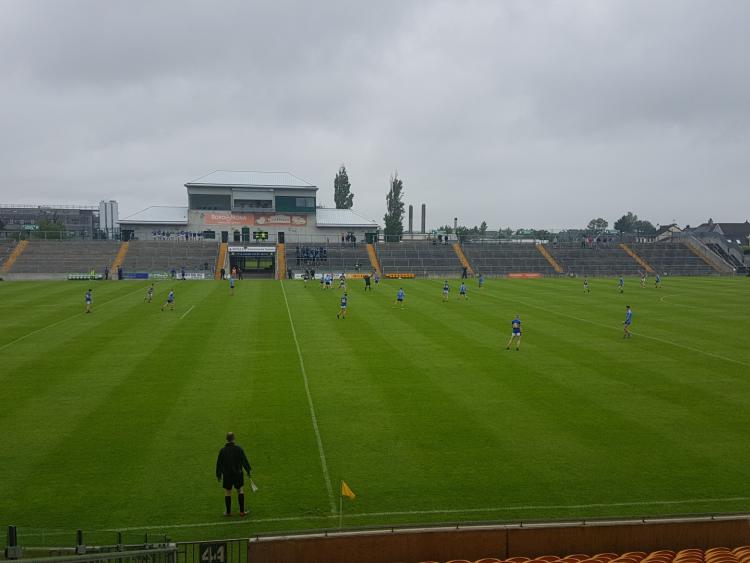 DESPITE the coronavirus restrictions that only allowed 200 (including players and officials) into O'Connor Park, Tullamore, there were fantastic scenes of celebration as St Joseph's of Rochfortbridge won a famous Leinster Colleges senior football title with a nerve tingling win over Naas CBS.

In a great game of football with the issue in doubt to the final whistle, St Joseph's showed great character to win a match that could very easily have went the other way.

Captained by promising Rhode prospect, Aaron Kellaghan and with Tullamore man, John Rouse a key member of their team management, it was a tremendous win for the Rochfortbridge school.

Playing with the wind in the first half, they were asked serious questions by Naas CBS after getting a first minute goal from Devin Hill. It was nip and tuck from here to the interval with Naas attacking with ferocious intent at times. St Joseph's led by 1-5 to 0-6 at the break and it was far from a done deal as the Kildare side had the wind in the second half.

The second half was a thrilling affair. Naas CBS threw the kitchen sink at them and got their noses in front after 40 minutes. They were 0-13 to 1-9 ahead at the three quarter way mark and looking like winners but St Joseph's got the next two points and a 51st minute penalty goal from the outstanding Brandon Kelly after Niall Cullen was fouled put them four points clear.

Naas rallied with the next two points despite the impressive Alex Beirne being sent off for a second yellow card. They had chances to have got back level or at least within a point as the otherwise superb Mikey McGovern missed a couple of frees. St Joseph's, who became a bit defensive for a short spell with the winning post in sight, lifted the siege late on as two points from the superb Jack Torpey gave them the win.

St Joseph's did really well to win and their ability to lift the siege and score every time Naas looked like getting momentum in the second half was crucial.

It was John Rouse's second time to be involved in a successful colleges team. Rouse, who guided Tullamore to an Offaly senior football title in 2013 and only stepped down this year, was on the management team that guided Knockbeg College to provincial and All-Ireland glory in 2005.

He was teaching there and transferred up to Rochfortbridge a few years ago. He formed the management along with former Westmeath manager, Luke Dempsey, Damien Rushe and Muireann Scally.