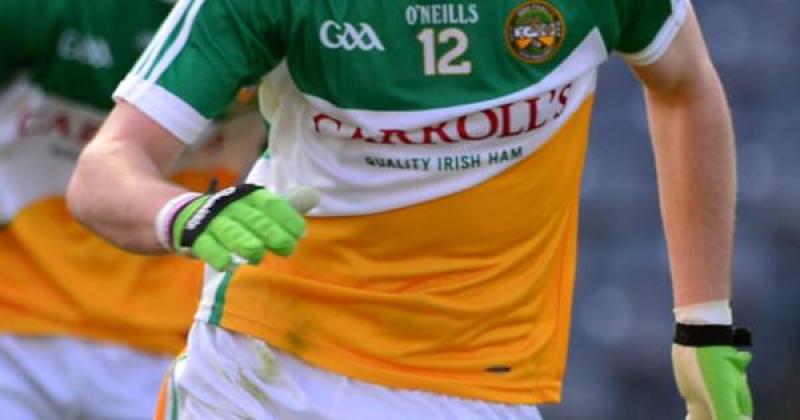 It went right down to the wire but Offaly ultimately maintained their Division 3 status for next season after recording a one point win over rivals Laois in O'Connor Park on Sunday afternoon after a hugely entertaining and nerve jangling 70 minutes of football.

Offaly rarely seem to make things easy for themselves and despite leading by six points and having a man advantage after 46 minutes, the home side had to hold off a Laois charge led by Donie Kingston who scored two goals in a minute to turn the game on its head.

Thankfully for Offaly, they managed to keep themselves in front in the incredibly tense closing minutes to win the encounter with the minimum to spare.

It is the second week in a row that Offaly had to dig deep in the closing minutes to dig out the win and they showed tremendous character once again when the pressure was really on.

A brace of goals from Sean Doyle were key as was the goal scored by Graham Guilfoyle straight after the break which gave Offaly a much needed boost after Laois had finished the first-half on the front foot.

Offaly went to the break with a 1-9 to 1-7 lead after an up and down first-half.

It started disastrously for Offaly as they lost Peter Cunningham to a black card and conceded two early points to Donie Kingston and David Conway.

However in front of their home support, Offaly took control hitting four points in a row from Eoin Carroll, Bernard Allen, Nigel Dunne and Joseph O'Connor before Sean Doyle struck the back of the net after 17 minutes to put Offaly 1-4 to 0-2 ahead.

Donie Kingston and Eoin Carroll exchanged points before Offaly hit four more in a row from Michael Brazil, Joseph O'Connor, Eoin Carroll and Nigel Dunne to leave them 1-9 to 0-3 ahead after 26 minutes and in total control of the game.

However Laois rallied before the break hitting 1-3 without reply with the goal coming from Donie Kingston.

That left just three in it at the break but Offaly doubled that advantage within seconds of the restart with Graham Guilfoyle finishing the ball to the back of the net.

Nigel Dunne added a point to leave seven between the sides but Laois responded again with Kevin Meaney scoring his side's second goal.

Evan O'Carroll and Alan Farrrell pointed for Laois either side of a point for Offaly from Bernard Allen to leave three points between the sides in the April sunshine in Tullamore.

Offaly again doubled the lead thanks to a second goal from Sean Doyle and Laois were dealt another blow when Kevin Meaney was sent off after picking up a second yellow card.

However the drama was far from over as, after the sides hit two points apiece, Donie Kingston scored two more goals to complete his hat-trick with one coming from the penalty spot. Nigel Dunne did add a point for Offaly between the two goals which left the home side with a slender 3-14 to 4-10 lead just after the hour mark.

Bernard Allen extended the lead to two after 65 minutes which set up a grandstand finish with survival in Division 3 on the line. That remained the score heading into four minutes of injury-time.

Donie Kingston pulled one back for Laois from a free with 71 minutes on the clock to leave the minimum between the sides.
Laois had a late chance to snatch a draw but the shot went wide and Offaly held on for a one point win which keeps them in Division 3 next season.