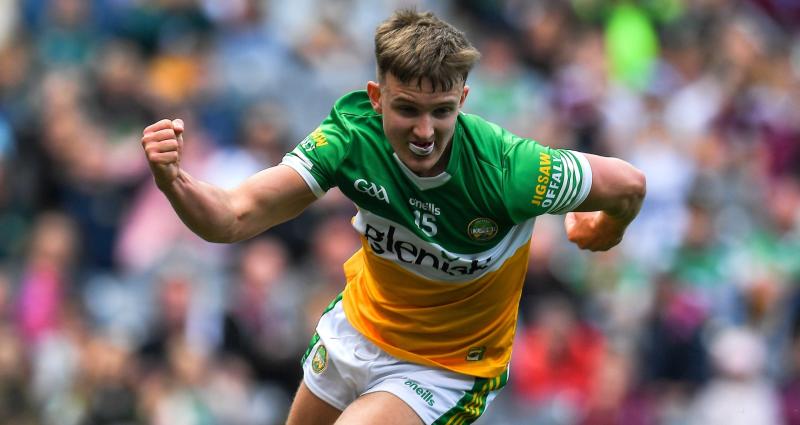 OFFALY were given a harsh dose of reality, loads of food for thought as their Tailteann Cup ambitions were ended by a very impressive Westmeath in Croke Park on Sunday afternoon.

The defeat almost certainly spells the end of John Maughan's four year reign as manager. The Mayo man has been four years in charge and is unlikely to return for another year. If this is the case, it was a most disappointing end to it as Offaly were very poor for much of it and the final score line was an accurate reflection of the difference between them.

Their first half display was quite desperate really as Offaly were outplayed and out muscled for much of it. As a unit, they didn't get up to the right pace and intensity and individually, too many players did not do the basics right, standing off their men and giving Westmeath too much space.

Westmeath had a noticeable edge in physicality, often dispossessing Offaly players with hard tackles. Westmeath led by 2-11 to 1-6 at half time and it is a measure of their dominance that Offaly were glad to be that close.

It could have been a whole lot worse as Westmeath had nine wides and many of these could or should have been points. They also should have had a third goal as John Heslin's 29th minute shot was only kept out as it hit team mate Luke Loughlin on the back – on the goal line.

Offaly made a nightmare start as Westmeath tore into them from the throw in. Creating overlaps up the field and attacking at pace, they opened up a frantic Offaly defence with alarming ease.

Westmeath had four points on the board when centre half back Ronan Wallace raced through for an excellent 14th minute goal.

Keith O'Neill gave Offaly a lifeline two minutes later, doing very well to finish to the net after a quick Niall McNamee free. It was only a brief respite for Offaly. Lorcan Dolan put them back in control with a 21st minute goal after a couple of Offaly players missed balls in the lead up to it. Westmeath were full value for their 2-7 to 1-2 lead after 25 minutes and both sides swopped four points each to leave Westmeath with one foot in the final at the break.

Offaly never looked like salvaging it in the second half. They did improve a bit but never got the run of scores they needed to make it remotely interesting or cause Westmeath a flutter of concern – that says it all really and Offaly were a beaten docket with a long way to go. They got three of the first four points and Jordan Hayes was unlucky not to goal in the 42nd minute when his shot was deflected out for a “45” by Jason Daly – Dylan Hyland had pointed when he could have put Hayes in moments earlier.

Offaly really needed both of those goals and as it was Westmeath killed it off with an excellent 53rd minute goal from Lorcan Dolan to give them a 3-15 to 1-11 lead. It was 3-18 to 1-12 and getting embarrassing for Offaly when Cathal Flynn got a super 60th minute goal, interchanging with Dylan Hyland and blasting a rocket to the net.

It was a great goal but had no impact on the outcome as both sides emptied their benches and Westmeath coasted home with a huge degree of comfort.

It was a dis-spiriting afternoon for Offaly and they were just not at the races, miles of the pace of Westmeath on the day. Only a few players rose above the mediocre. Jordan Hayes was Offaly's best player, moving very well at midfield while Anton Sullivan tried very hard, particularly in the first half when the losers were crying out for inspiration.

Keith O'Neill gave a great effort in attack – he made mistakes but worked so hard and oozed class at times. Dylan Hyland also did very well when introduced, relishing playing in Croke Park and scoring three points.

John Heslin (Westmeath): John Heslin was sensational for Westmeath. He ran the show, scored eight points, five from play and class permeated everything he did.