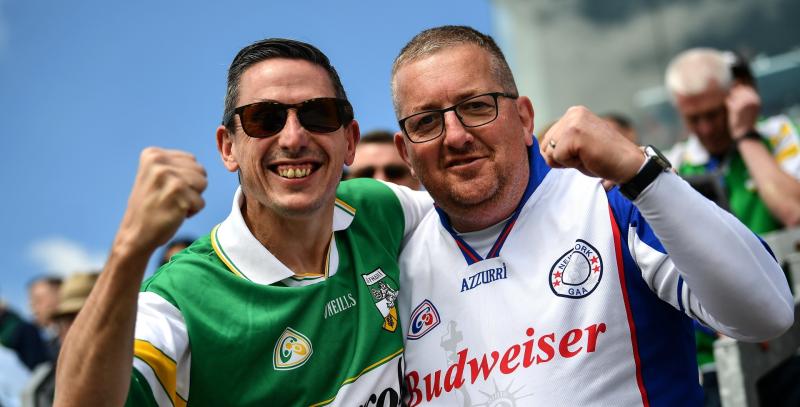 Offaly GAA supporters will have a busy weekend on June 18-19, with two major games down for decision.

The senior footballers will play neighbours Westmeath in the Tailteann Cup semi-final on Sunday, June 19 in Croke Park while the minor hurlers meet Clare in the All-Ireland semi-final on the Saturday.

The minor hurling fixture won't be finalised until after the All-Ireland senior preliminary quarter-finals next weekend where Kerry meet Wexford and and Antrim take on Cork. Clare play the winners of Wexford and Kerry in the All-Ireland senior quarter-final on Saturday, June 18 while Galway meet the winners of Antrim and Cork. Those games will be played at 2.00pm and 4.30pm and the fixtures will be made after the preliminary quarter-finals – but a double bill in Thurles will be a big possibility, especially if the expected pairings of Clare v Wexford and Cork v Galway emerge.

Offaly are happy with this as Clare would have a massive crowd present if it was played with their senior game but it means that there is now some uncertainty about the minor game.

It is down for the Saturday on the GAA website and Duignan is adamant that the game will go ahead on that day. He stated that Offaly won't be agreeing to both fixtures on the Sunday with the senior footballers in Croke Park and the minor hurlers down the country somewhere – he did say they would have no objection to the minor game forming part of a treble bill in Croke Park on the Sunday but he knows that this won't comply with the GAA policy of not doubling up minor fixtures with senior ones.

“The minor game won't be clashing with the senior football one,” he said. “We want to get as many supporters as possible to both and we want kids to get to Croke Park to see an Offaly team in action.”

It means that the Offaly v Clare minor hurling game could be played with an early 12 noon throw in on the Saturday or possibly an evening 7pm one but this will be finalised after next weekend – Limerick will be one possibilty as a venue.

The defining moment of the Tailteann Cup campaign for Offaly senior footballers will come on Sunday, June 19 when they travel to Croke Park to take on neighbours Westmeath in a mouth watering local derby.

The semi-final will be one of Offaly's biggest games of the season as they set their sights on a Tailteann Cup final against the winners of Sligo and Cavan.

It will form a double bill in Croke Park and it will command a lot of interest in both counties. Offaly have shown impressive intent in the Tailteann Cup campaign so far and have been improving with every game.

A meeting of Offaly and Westmeath would attract a great crowd to Tullamore or Mullingar. It won't get the same crowd to Croke Park and even if it did, the atmosphere won't be the same but it is still good to have it in headquarters. It will be good for the players and it does help the profile of the new competition.

The minor hurlers have performed brilliantly this year, winning the Leinster championship and have been quietly preparing for their semi-final while Clare, Galway and Laois played off in a round robin qualifier section. As expected Clare and Galway came through that and Offaly will be in for a very tough battle against Clare, who lost out to Tipperary in a titanic Munster final battle some weeks ago.