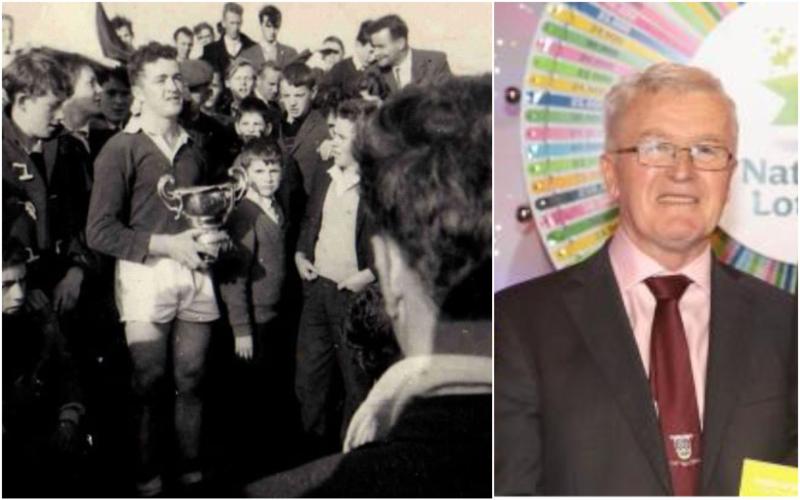 Daingean GAA is in mourning this weekend after the death of club stalwart Jimmy Kilmurray.

"Jimmy (or Jimmy K as he was known) was a hugely popular member of the club and the wider community," Daingean GAA said in a statement.

"Anyone who had the pleasure of meeting with Jimmy was always the better of it.

"A kind, generous man who loved a chat and a story and loved to enquire about all matters GAA and particularly how the younger generation of players were getting on."

Jimmy was a hugely proud Daingean man and served many positions within the club after his playing career, most recently as Club President.

"Jimmy appeared on Winning Streak a number of years back and proudly wore his Daingean tie for the occasion.
To the younger generation, Jimmy will be remembered as a stalwart of the club who was an ever-present at matches," they continued.

"Jimmy wasn’t a fair-weather supporter and travelled to all games. Most importantly, Jimmy was the first man you’d meet on the toughest days with a word of encouragement, always looking for the positives in every situation.

"To the older generation in Daingean, Jimmy will be remembered as the last Daingean captain to lift the Dowling Cup. So respected by the players of that golden era, he was made captain of the Senior championship-winning team of 1965. He is one of only three Daingean men to raise the Dowling.

"Jimmy generally played in the backs and was known as a versatile, wholehearted player. Jimmy was known to have a shoulder which would dislocate on occasion, which Jimmy would remedy quite quickly by putting it back into its position with little fuss and continue on playing.

"Jimmy was part of the golden generation of Daingean footballer who claimed senior titles in 1962 and 1965. Jimmy also represented Offaly in the 1964 U21 Leinster Final defeat to Laois.

"Above all Jimmy was a family man. Jimmy and Rosie settled in the Togher and raised a family together, where the family was the centre of his world," the club said.

"At this time, we send our sincerest sympathies to Kilmurray family and remember the legacy that Jimmy leaves behind. The Kilmurray family to this day continues the proud tradition of representing Daingean GAA as club officers and his Grandchildren continue to keep the Kilmurray flag flying on the playing field.

"Jimmy was a very devout Catholic with a very strong belief and we have no doubt that he has gone to his heavenly reward.
Although the field will always be a little sadder because of Jimmy’s absence, we remember him through his legacy which lives on in our club.

"Pride of place in the new sports hall is a picture of Jimmy with the Dowling cup surrounded by jubilant Daingean supporters in 1965, what a reminder to us all and to future generations. Ar dheis Dé go raibh a anam."