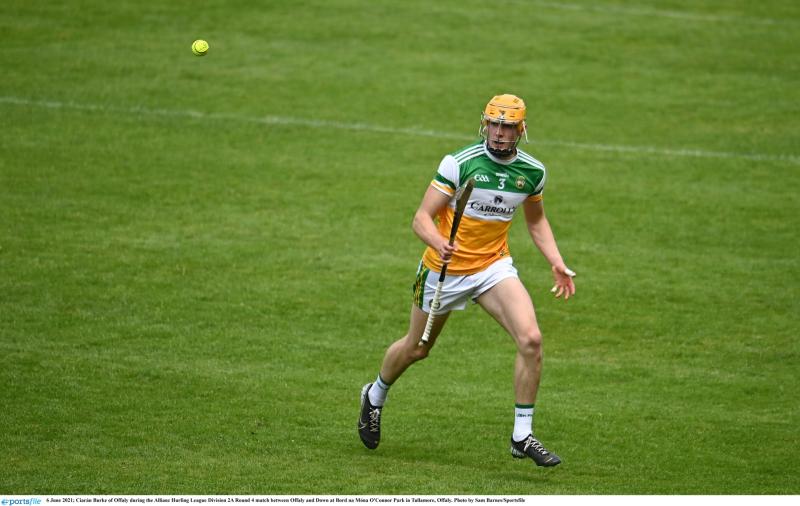 Antrim played the better hurling for longer stretches of Sunday's Walsh Cup hurling contest at Bord na Móna O’Connor Park in Tullamore, but their inability to convert any of half a dozen goal chances, while Offaly took all three of theirs, ultimately proved to be the undoing of the Ulster county.

Offaly exploded out of the blocks with a sensational start, Luke Nolan scrambling the ball over the line from close range when Jason Sampson’s shot on goal was partially parried by Paul McMullan in the Antrim goal. David Nally, Brian Duignan and Eimhin Kelly all snapped good points for the home side who moved 1-3 to 0-2 clear, but that was followed by a run of four wides in succession, which allowed Antrim to stay in the game.

Defensively, Michael Fennelly’s side shut down the Antrim attack, while they also enjoyed plenty of joy when the Saffrons tried to go short from their restarts. In addition, some rash tackling from the Antrim backs allowed Nally to fire over a series of frees to push the gap out to six, 1-7 to 0-4, before Antrim hit a purple patch with three points on the spin.

Keelan Molloy, Paddy Burke and Daniel McKernan were instrumental as the visitors took control of the middle third, and it was completely against the run of play when Offaly struck for a second goal, Nolan again the scorer as he dispossessed an Antrim defender, exchanged passes with Eimhin Kelly and then fired a low shot that McMullan again parried, though he couldn’t quite prevent the sliothar from crossing the line.

A wonderful instinctive one-handed pull from Kelly gave Offaly a third goal almost immediately, while Antrim’s misery was compounded when Gerard Walsh pulled Jason Sampson to the ground and having been yellow carded and ticked already, referee Gearóid McGrath had little choice but to issue a red card to the Antrim full back.

At 3-12 to 0-10 in front at half-time with an extra man and no wind to speak of, Offaly looked well set to kick on and win well. Instead they were completely outhurled by Antrim for the second 35 minutes, and only survived thanks to the inaccuracy of Darren Gleeson’s men.

Stephen Corcoran made two good saves to deny Seán Elliot, he saved a penalty from Neil McManus and watched as the same player crashed a thunderbolt of a shot off the crossbar, while nine second half wides from Antrim meant that the deficit wasn’t eroded nearly as quickly as it might have.

McManus led the way with six second half points for his side, while Elliot, Michael Bradley and Joe Maskey also made a very strong impact off the bench. In comparison, Offaly’s team seemed to get weaker with every replacement, with Leon Fox, Brian Duignan and Ciarán Burke particularly conspicuous by their absence once they were replaced.

Antrim did get within four points before late scores from Nally and Eoghan Cahill gave Offaly a small measure of momentum before next week’s clash with Dublin, even though the sense of hope and optimism that pervaded the county in the light of last week’s strong showing against Galway has largely evaporated.