Everyone is saying the same thing about Offaly, Spain and their World Cup fiasco

The 2010 champions have sacked their manager 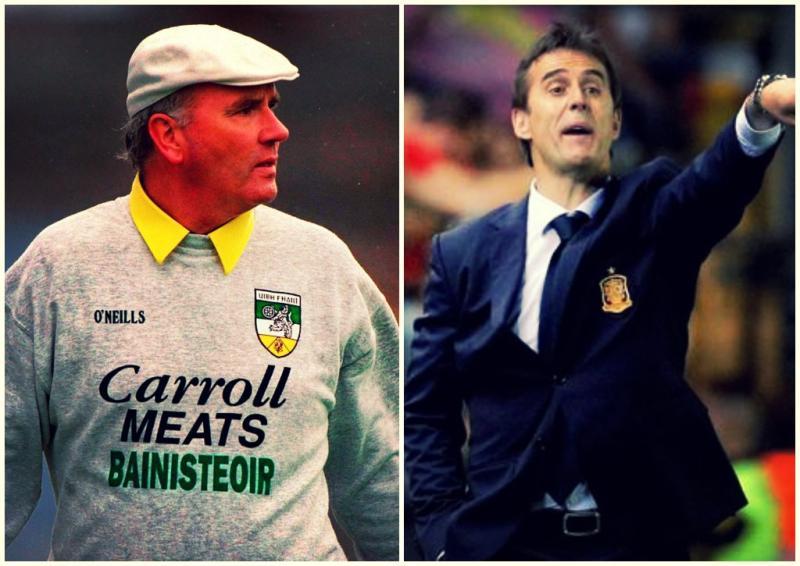 Everyone is saying the same thing about Offaly, Spain and their World Cup fiasco

It's not often you get a story involving both the Offaly hurlers and the Spanish World Cup squad, but here we are. Just two days out from the World Cup in Russia, Spain have sacked their manager Julen Lopetegui because he allegedly held secret talks to take over the role of Real Madrid manager after the tournament.

The Spanish FA say no communication took place between their organisation and the manager ahead of such a deal, which was announced earlier this week. The prospects of the now manager-less Spanish team has been the talk of social media today with fans of other countries quick to dismiss their chances.

However, others have wasted no time in giving Spain some hope by pointing to the case of the Offaly hurlers in 1998. After one game of the championship that year, and just nine months in charge, Babs Keating left as Offaly manager amid much turmoil, and in stepped Michael Bond to steer the flagging ship to safety.

It was far from plain sailing and after voting against the back door system, Offaly crept into the All-Ireland championship (you guessed it, through the back door) and went on to win the title. There was the small matter of a lost semi-final, the early whistle and infamous sit down protest in between, but in the end up, Ger Loughnane was sick, Bond was a hero and Offaly were ferrying Liam MacCarthy back to the Faithful for the second time that decade.

Some quick-thinking hurling fans have suggested a 'Miguel Bondo' type figure could now emerge to lead Spain to an unlikely World Cup win just eight years after they collected the famous trophy in 2010.

Michael Bond stepped in to lead Offaly to an All Ireland, is Miguel Bondo the man to step in lead Spain to a World Cup #MiguelBondo #Spain #worldcup #lopeteguiSacking pic.twitter.com/2KzurNPXmh

Spain get their campaign underway against Portugal on Friday night, and who knows, there may be famous days ahead for the embattled camp.