'We have named it the 'Donald Trump Plaza' 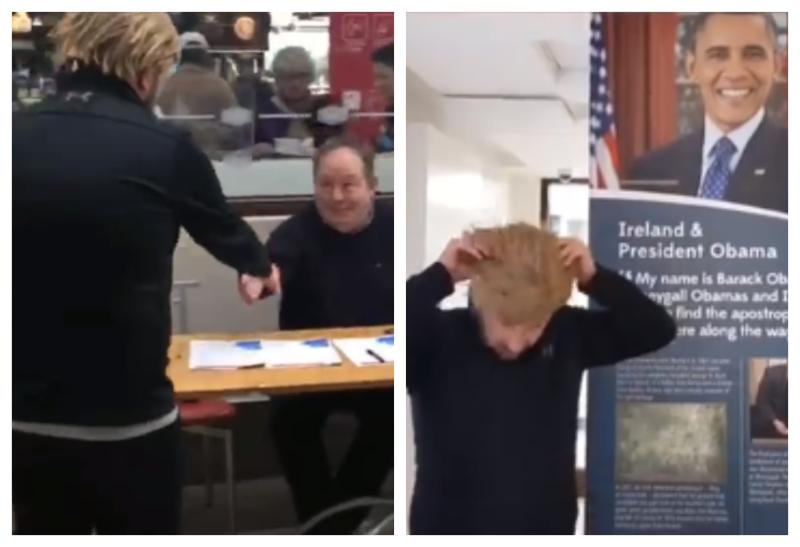 Offaly's famed Barack Obama Plaza has been taken over by current US President Donald Trump.

The attraction is named after the 44th President of the United States, Barack Obama, given his links with the area through his ancestor Falmouth Kearney, a maternal great-great-great grandfather of Obama.

However, over the weekend, comedian and impressionist Al Foran seemed to hijack the plaza as his own disguised as Donald Trump.

While in character as the controversial President, he greeted locals and even made an impromtu speech in the visitor's centre. He claimed Obama was "fake news" in the rib-tickling clip.

Scroll back up to view the clip which is attracting thousands of views on social media.