Offaly man picks up cheque for €35,000 after Winning Streak appearance 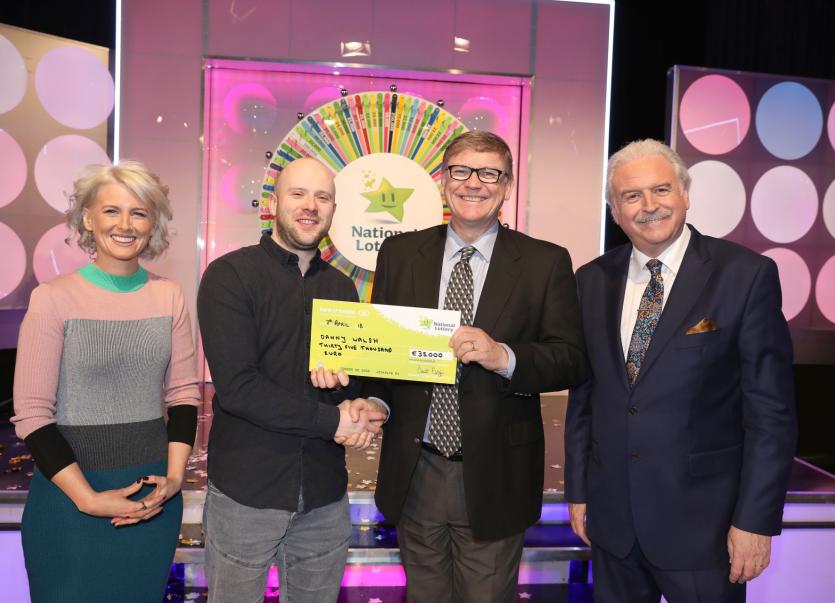 Offaly man picks up cheque for €35,000 after Winning Streak appearance

An Offaly-born software engineer is €35,000 better off after winning the cool sum on the National Lottery Winning Streak game show on RTE One last Saturday - and he has his aunt and mum to thank.

Danny Walsh (34), originally from Edenderry but living in Dublin for the past three years, has his aunt Patricia to thank as she was the one who bought him two Winning Streak scratch cards which both had the magic three stars on them.

He had only filled out his details on one card and asked his mother Marian to fill in the other and to post them both to the National Lottery for him as he had to catch a bus back to Dublin.

Just a couple of weeks later this good deed from his aunt and mother landed Danny on the Winning Streak TV game show. He won a total of €35,000 in cash – an impressive haul. He was supported in the RTE audience by his mum, Marian and dad, Andy and his sister Joanna as well as a host of other family members including aunt Patricia and friends.

A wise man, Danny revealed he has no plans as of yet on what to do with his Winning Streak windfall but says that he will take his time and take a few weeks to decide.

Meanwhile, less than 19 kilometres west in the town of Daingean, another Offaly-man was celebrating having his name pulled out of the Winning Streak drum. Jimmy Kilmurray from Daingean will appear on the show next week.