Get planning those Bank Holiday weekends... 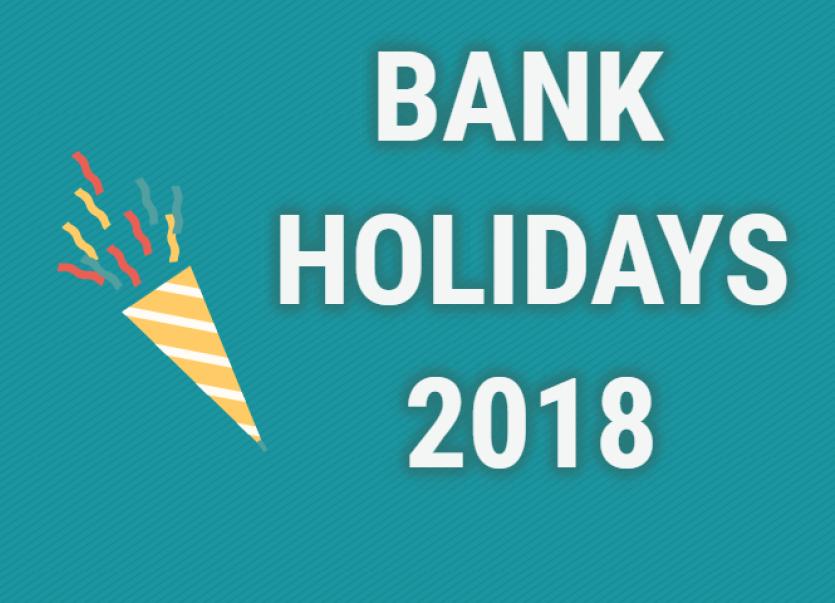 After New Year's Day, the long-suffering workers of Ireland have to wait a long two and a half months to get a Bank Holiday, and as luck would have it, St. Patrick's Day falls on a Saturday this year when most people are off anyway.

After that, we're looking for Easter Monday on April 2, the day after April Fool's Day, when we'll all get a well deserved lie on, and just over a month later, we'll be off the hook again for the May Bank Holiday on May 7.

The weather will hopefully be finer by then and by the next Bank Holiday on June 4, sure we'll have the barbecues and paddling pools out. The August Bank Holiday is on August 6 while there's a long stretch then until the October Bank Holiday on October 29.

We're then looking at Christmas with Christmas Day falling on a Tuesday and St. Stephen's Day on the Wednesday.

Here's a handy list of all the bank holidays for 2018: