Caravans on footpath 'not fair' to Offaly town 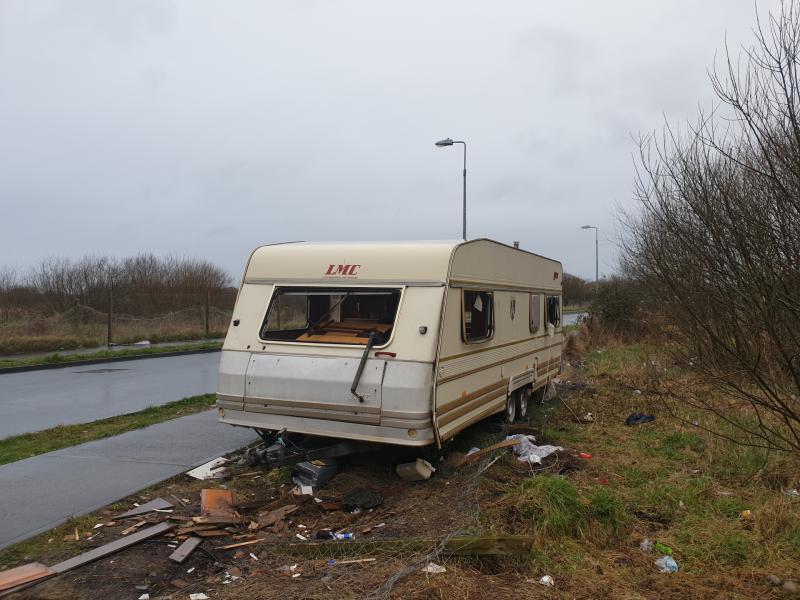 An abandoned caravan in Edenderry

THE continuing presence of caravans on a road in Edenderry is “not fair” to the town, a councillor has claimed.

Cllr Noel Cribbin claimed that caravans on the Dunnes Stores road were “causing havoc” and to him, as a Tidy Towns activist, they were “a complete eyesore”.

He said two caravans had been burned out and another was now occupied 100 metres further down the road, “actually on the path”.

The Fine Gael councillor said there was now “fear among people”.

“People use that area a lot for walking because it's safe, there's footpaths and public lighting. And these people are just causing pure havoc. I think it's time now it's sorted,” he said.

He said he had raised the matter previously at numerous meetings and had been told there was an issue because the road had not yet been taken in charge by the County Council.

“It's time the council, who ever it is to do that job, get it taken in charge,” he said.

“It's not fair on the residents. I've heard of a few issues with the apartments and what's going on. Not nice, far from nice, I'm not going to say it here.”

The Tidy Towns committee were doing their best for Edenderry but the issue with the caravans was persisting.

“It's not on. It's not fair,” said the councillor.

His remarks were noted at a meeting of the Edenderry Municipal District.