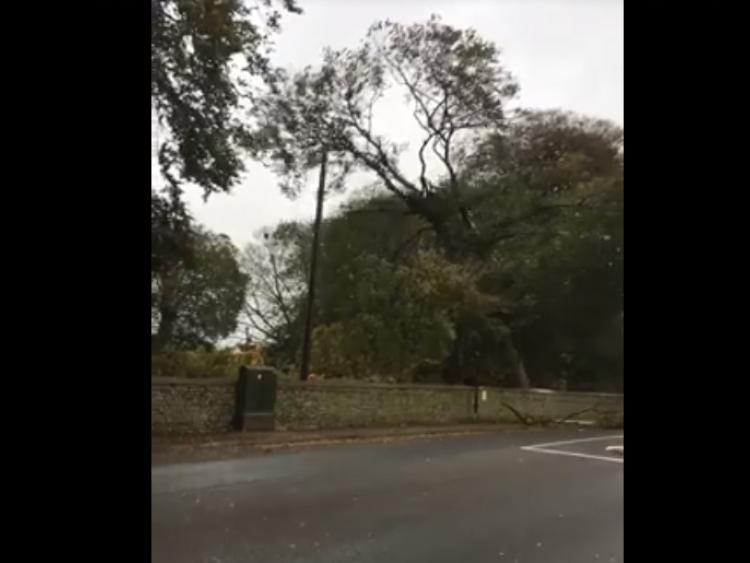 A tree over 100 years old has come down as a result of Storm Brian.

The massive tree at Killane Cross in Edenderry was cut down by council staff on Saturday evening, October 21, after extensive damage left it in a precarious position.

A warning had been issued earlier as it appeared the tree was about to come down.

Shortly after 5pm, the tree was cut down and the video above show the moment it came to the ground after more than a century.

Offaly County Council thanked its staff, as well as Dermot Byrne CE and Joe Sherwood for their assistance.

The roads around Killane have now fully re-opened.