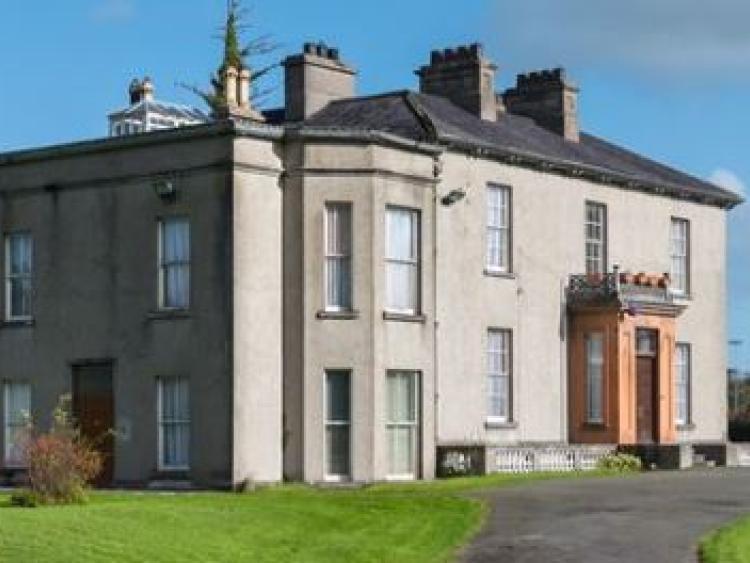 The old Parochial House in Clara

OFFALY County Council is to work in partnership with Laois Offaly Education and Training Board (LOETB) in developing educational facilities at the old Parochial House in Clara.
The council was congratulated on acquiring the substantial property and adjoining grounds by the Cathaoirleach of Tullamore Municipal District, Clara-based Cllr Frank Moran at this month's meeting of the body.
“This is a huge opportunity for the town of Clara and its environs,” said Cllr Moran who observed that 25 acres of land along with the house had been purchased by the local authority.
He said that discussions had already been held with LOETB on future developments there and is would alleviate problems associated with parking outside the national schools in the town.
Cllr Sean O'Brien said it was “absolutely fabulous to see different agencies working together.”
He paid tribute to Cllr Moran and Cllr Ken Smollen who had worked with the council to see the purchase come to fruition.
Cllr Smollen revealed that different committees in the Clara area had been invited to make submissions on future plans for property.
Cllr Moran predicted that development of the site would have widespread public support in Clara.
He noted that the extensive site stretched to the Kilbride Road and mooted the possibility of developing a public park there.
Director of Services, Tom Shanahan said that a public consultation process would be entered into before any development of the recently acquired property.
He pointed out that the council's housing section would have an input in the future use of the property.
He added that plans for the area were at a preliminary stage and would need to be refined before there was more discussion.
Mr Shanahan and the CEO of Offaly County Council, Anna Marie Delaney were also praised for the roles they played in the acquisition by Cllr Moran.