It's all in aid of a very worthy cause 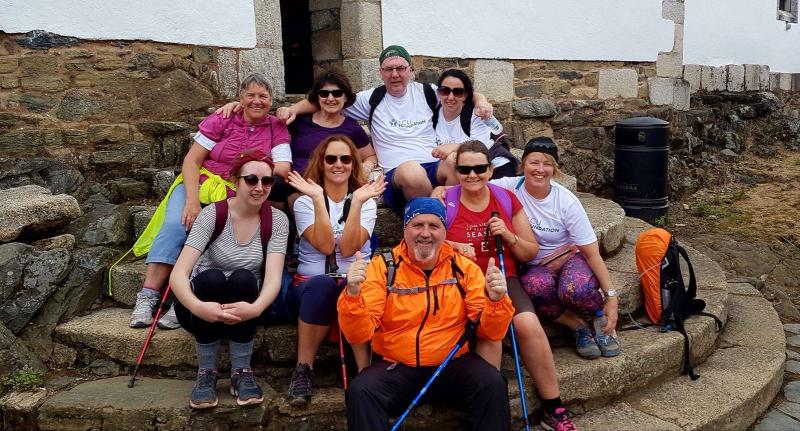 One of Offaly and Ireland’s best-known charity fundraisers and former Operation Transformation leader, Ronan Scully, is looking for volunteers to join him on one of Europe’s most famous pilgrim walking routes this year.

Scully is hoping to organise two Camino Treks in 2018 and is looking for participants to join him for a week-long trip along the Camino de Santiago in northern Spain, and to raise funds to support the work of Irish development charity Gorta-Self Help Africa.

Ronan has led Irish groups along sections of the Camino for the past three years, and is hoping to bring 20 or more Irish volunteers with him on the next two 100km trips, in late April and late September.

“We are planning two separate walks this year along the Pilgrim’s Way.” he said. The dates for the Camino trips are as follows he said.

Ronan celebrated both his 50th birthday and his silver jubilee as a charity worker in 2017, when he walked from Dublin to Galway for a ‘Bay to Bay’ challenge that raised more than €20,000 for charity.

In his 25 years as a fundraiser the Clara man is estimated to have raised millions for various good causes at home and in the developing world. He hopes to also walk from Dingle Bay to Galway Bay in August 2018 to raise funds for charity and is looking for supporters for that event too.

A number of local participants have already signed up for the upcoming Camino trip, but Ronan is appealing to others who might be interested to get in touch.

Participants for the Camino are each asked to raise €2,000 to support their efforts, with this sum covering all costs of travel and accommodation, and also generating vital income to support the charitable cause of the work of Gorta Self Help Africa.

The adoptive father of two children from Ethiopia, Ronan says that the recent food crisis in East Africa – which left up to 20 million people dependent on relief aid, underlined to him both how important and how valuable the work of Gorta-Self Help Africa was to vulnerable households in Africa.

“We find it difficult to imagine being without food for any length of time, but in Ethiopia, Malawi, and in other countries where we work, we saw people who had been left with nothing at all. It’s difficult to explain that to your children that some can have the good fortune of a comfortable life, and others are barely able to survive," he commented.

“We know that the work that we’re doing – supporting poor farming families to grow more food and grow produce can and is having a massive effect, yet there are still one in four people in Africa who cannot say that they will have enough to eat this year. For as long as that’s the case there is a real need, and a real chance for people in Ireland to make a difference,” he added.