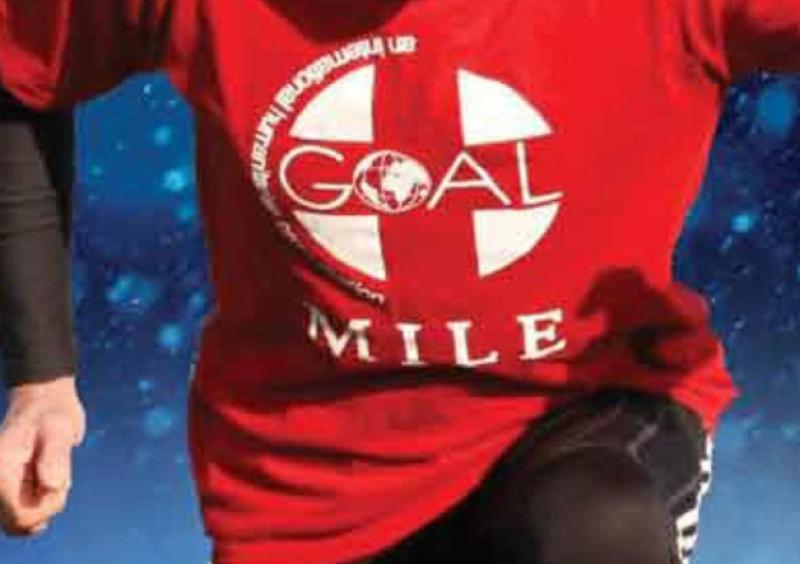 GOAL Miles are held at Christmas in villages, towns and cities right across Ireland, and now in its 36th year, the event sees tens of thousands of participants run, jog or walk a Mile and raise funds and awareness for GOAL's programmes in the developing world.

One of the country's most popular annual events, the GOAL Mile has become an integral part of Christmas for thousands of families.

Each individual Mile event is run by one or more local organisers. It is largely because of their support and hard work that the GOAL Mile has become such a success.

In Offaly, GOAL Miles will be held on Christmas morning by at the following locations:

Some are also holding runs on St. Stephen's Day, and those wishing to take part in those are asked to contact individual clubs.