“Buildings are the big problem. If we can fix buildings we can fix climate change” 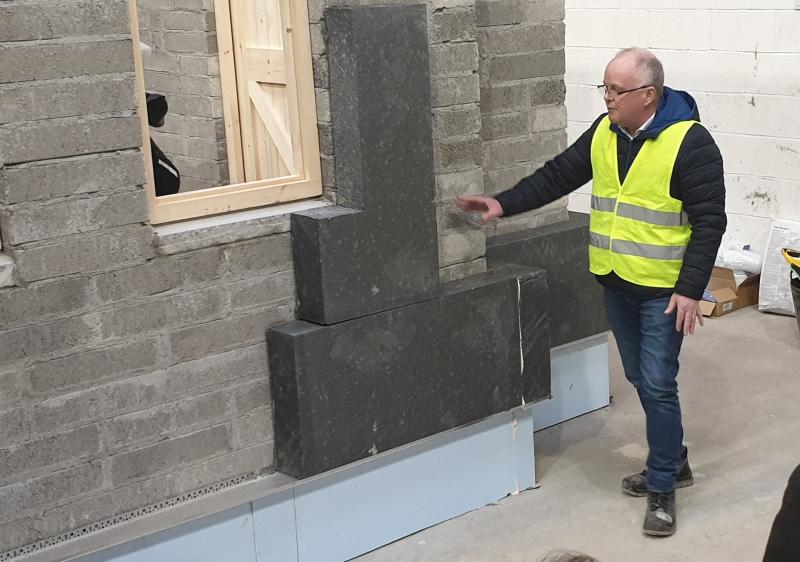 THE training of Bord na Mona workers in the retrofitting of houses has begun in Mount Lucas.

About 90 employees of the energy company have signed up for a six-day training programme run by the Laois & Offaly Education and Training Board (LOETB).

The programme, for which a QQI certificate in thermal insulation will be awarded, teaches the skills of house insulation, ventilation and air tightness.

The training is taking place at a purpose-built bungalow in a warehouse at the National Construction Training Facility.

Bord na Mona say that the numbers engaged in the training represent about 25 per cent of the employees who will be affected by the ESB decision to close the two peat-burning power stations in Shannonbridge and Lanesborough.

Once trained the workers will be employed in retrofitting of homes in the Midlands, a €20m project which was announced by the Government in Budget 2020.

The training is being delivered by Tomas O'Leary, managing director of a Wicklow-based firm of architects, MosArt, which has developed expertise in the area of NZEB (near zero energy buildings).

“We're burning the planet, humans are basically burning the earth,” said Mr O'Leary, speaking at the formal launch of the training programme on Wednesday.

“The planet will be around for ever but our future is in a bit of a predicament now unless we fix things. And 40 per cent of carbon emissions are from buildings.

“Buildings are the big problem. If we can fix buildings we can fix climate change and we might be around for a few more generations.”

He said the solution is as simple as improving the insulation in buildings to eliminate draughts and mould and the consequent excessive burning of fossil fuels.

Mr O'Leary said his objective is to create “an elite construction crew” at Mount Lucas to facilitate the Government's aim of making one million homes energy efficient.

“We are not teaching people to do it ok or just good enough. We are going to teach people to do it right, to do it properly and to feel that in their gut and to leave no stone unturned.”

“We're trying to create a new generation of high quality homes in Ireland.”

MosArt has delivered similar training around the world for a number of years and their involvement in the LOETB project resulted from a request from the board's skills manager Padraig Boland late last year.

Joe Cunningham, chief executive of the LOETB, said the training being developed in Mount Lucas will benefit workers in the long-term as the Midlands transitions from dependence on Bord na Mona.

“There's an opportunity and a responsibility, certainly on statutory agencies such as ourselves, the Education and Training Board and local authority, to support the organisation, the employees and indeed the communities with that transition.”

He said a “Midlands retrofit traineeship” will be developed.

“We want to best position the community here in west and north Offaly for that particular pilot scheme once it comes on.

“This is the start, we'll continue to develop programmes because no doubt given the changing times we're all in at the moment, the needs of the region will change over time as well and it'll be our job, in negotiation with other interagency members to respond to that.”

A 26-week programme for the Peatlands Rehabilitation Traineeship is also being developed for about 210 workers who will be staying in Bord na Mona and assisting with the return of the bogs to nature.

To comply with its Environmental Protection Agency (EPA) licence, Bord na Mona is obliged to carry out works on bogs which are no longer being used for peat production.

Ciaran Butler, learning and development specialist with Bord na Mona, said this programme will be delivered in association with Teagasc.

There will be four weeks of block training initially, and then three to four weeks of “on the job” training, including one day a week with Teagasc.

“We're trying to give people learner currency for the future. So if you leave Bord na Mona in three years time, if rehabilitation finishes, you have a pathway into construction, forestry, tourism or something like that,” said Mr Butler.

A pilot group began the training last week. Peatland rehabilitation will involve work such as the removal of drainage, pipes, pumps, railway lines and electricity cables.

“That would be the basic rehabilitation. We're now trying to get into the space of returning the bog to a carbon sink so that they do something positive for the environment.” 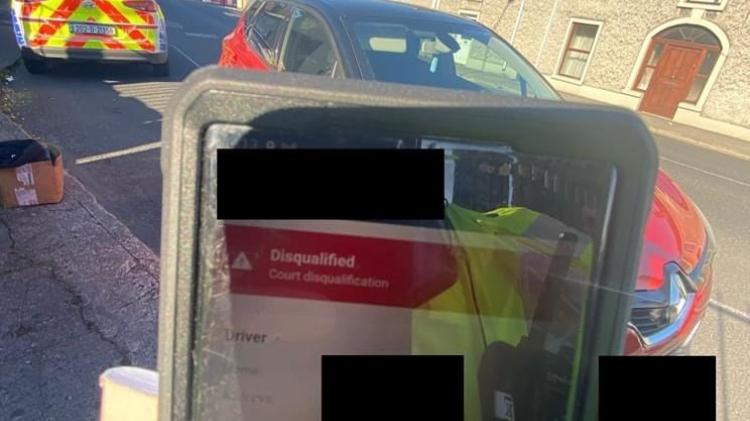