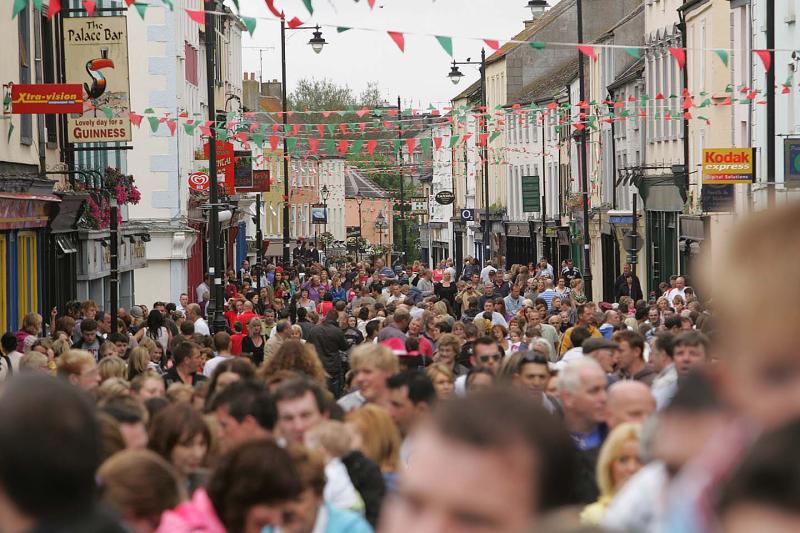 An all new vintage parade, entitled the 'Vintage Sunday Street Festival and Car show' that aims to excite and engage the community of Birr and beyond was unveiled this week.

In a statement this week, the Birr Vintage Week committee explained how they asked the people of Birr through an online survey, how they felt about some of the traditional aspects of the festival. Most responses the committee received were that people felt Birr Vintage Week was more of the “same old, same old” every year.

In response to this, the organising committee has decided to “shake up of the festival programme and breathe a breath of fresh air into its lungs”. Here is what people can expect: A people's parade and a car show on Green Street and Ross' Row.

One of the difficulties people appear to have with the Vintage Sunday Parade was that it was the same parade year in, year out. This year, the committee decided that instead of having the parade move around in a circuit, the parade exhibitors will be stationed at different points around the town. This static parade will see the crowds moving from station to station at their own pace and watch performances from members of the community, circus acts, bands and more. The parade will kick off at 2pm to 5pm and aim to see more engagement from the general public as they will no longer be standing in one spot for the duration of the event and can move along at their own pace.

A Car show on Green Street and Ross’ Row

Everyone loves the Vintage cars exhibited in the parade each year. However, one of the complaints the Birr Vintage Week received was that the parade doesn't move fast enough, and these cars often were left running, causing the engines to overheat. Therefore, the committee has decided to have a car show on Green Street and Ross’ Row where the vintage cars are parked and are stationary for people to admire. The public will have opportunities to take pictures beside the cars and engage with the owners. They will with also have an opportunity to learn more about the cars and their history.

A wide range of exciting acts and performances

Stationed at different points and stages around the town circuit will be different acts such as circus performers, artists, bands, community groups and much more. A detailed programme of times and acts will be announced closer to the festival, and the public will have the opportunity to see all the acts as they will be scheduled at different intervals throughout the day.

One of the most memorable parts of Vintage Sunday is the food market, that is usually stationed in Green Street. This year however, the market will be placed in the square outside Cumberland house to accommodate our brand-new car show. The same great tastes of Vintage Sunday, but just in a new spot! For more information and updates keep an eye out on www.birrvintageweek.com