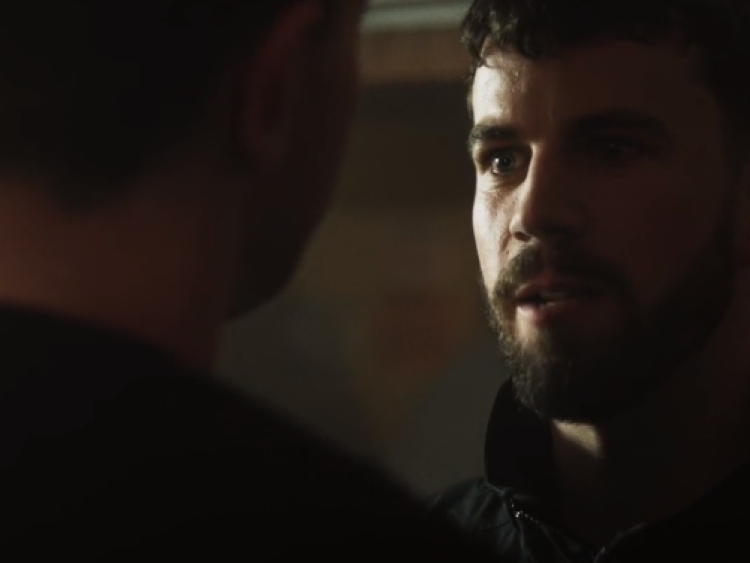 Oising Robbins from Clara in a scene from 'Drifting'

A CLARA actor, Oisin Robbins stars in a new new short film to be premiered later this year.

‘Drifting’, written and directed by Robert Higgins and Patrick McGivney, will have its world premiere at this year’s Galway Film Fleadh.

You can watch the trailer below:

The 32nd Galway Film Fleadh will be an online-only event due to the ongoing Covid-19 crisis.

‘Drifting’ will be available to view from Saturday, July 11 at 5pm, as part of the 'Irish Talent: New Shorts Six' programme and tickets for the screening will be limited to 400. Tickets are available from the Galway Film Fleadh website.

‘Drifting’ tells the story of Cian and Pat, best friends who have been joined at the hip since they were kids and have the run of their small town in the midlands.

Cian is content to coast through a life of booze and casual hook-ups while Pat has grown weary of his surroundings.

The film takes place over 24 hours where Cian’s erratic behaviour pushes Pat to breaking point. The film is an exploration of the effects of emigrations and the unspoken tenderness in male friendship.

The short was filmed in Longford last year with assistance from Creative Ireland Longford and was produced by Longford natives Chris Higgins, Tomás Devaney and Jason Gaynor. The film was shot by award-winning cinematographer Simon Crowe, edited by Ciaran Murray, sound edited by James Latimer and with the colour grade provided by Leandro Arouca.

Writer/director Robert Higgins said: “We’re delighted to be premiering ‘Drifting’ at this year’s Galway Film Fleadh. This film has been a real passion project for us from the beginning and the whole community of Granard rowed in behind us to help make it a reality. We’re really excited to share it with everyone.’

Writer/director Patrick McGivney said: “‘Drifting’ is a very personal film for both of us and bringing it to life with such a talented cast and crew has been an incredible experience. We’re delighted to be sharing it for the first time at the Galway Film Fleadh.”