An Offaly native recovering from Covid-19 is warning people to be “very careful” of what she calls a “horrible virus'' after spending 81 days in intensive care battling the deadly virus.

66-year-old Rose Mannion, originally from Cloghan and now living in Lorrha, was admitted to Portiuncula University Hospital on March 28 with Covid-19. The mother of two and grandmother of two, spent a total of 81 days in the intensive care unit between Portiuncula University hospital and Unversity Hospital Galway, much of that time in an induced coma and attached to a ventilator. She's since been discharged to continue her rehabilitation at the Intermediate Care facility based at the University of Limerick.

Last week, she spoke to the Midland Tribune where she reflected on her extremely difficult experience and her subsequent road to recovery, giving a stark insight to the reality of battling the virus.

Rose, who lives in Lorrha, says there's “still a long road to full recovery ahead” and issued a stern warning for people about the virus. “Young people in particular with house parties and colleges will be opening soon. Schools will be reopening as well. I'm just saying to them to be careful, wear a mask and take all precautions because the virus has not gone away. We're facing autumn and winter when you will have colds and flus coming along and it could escalate again. So take every precaution that would be my advice to people. You don't want this virus – you don't want it.”

Rose is a well-known photographer, working in the south Offaly and north Tipperary area and was an extremely active person, regularly seen on a sideline capturing matches and covering news events and celebrations in the locality.

So, when the news broke of her hospitalisation, many people were shocked to hear the news and even, Rose herself still has no idea where she contracted the virus from. One of the last times I spoke to Rose, she had a sore throat, which she says she didn't pay a lot of attention to at the time because she didn't have a temperature at the time. “I assumed it was my asthma because I am an asthma sufferer,” she explains.

Within days, Rose's life changed forever as she was admitted to Portiuncula hospital after her health deteriorated severely. “The thing about this is that I have no memory of this time,” she remarks. Rose says one of the last conversations she remembers from around this time is talking to her husband, Liam, about how they had the house stocked up well and were “ready to face lockdown”.

Unfortunately, during this time, her husband Liam also contracted Covid-19 but Rose explains the virus only manifested itself as a head cold while Rose was “completely struck down” by it. “I was flattened with it. I just took all of my life away from me. It came as a huge shock to me. It hit me so fast and so hard. It was a hard knock that I took.”

Describing her condition during the 81 days in ICU, Rose continues: “I was out cold because I was in an induced coma. I have no recollection of it. I was on a ventilator for over two months. From the moment I did my last shop and stocked up the shelves at home to isolate, I have no memory until I came out of the coma, which happened sometime in June.”

“It's a horrible virus because it attacks people in so many different ways. It was days later before I realised I had hands because I started to get the feeling back in them. However, they felt like lead. It was like someone had tied lead or cement blocks to my body. I felt like I was strapped into the bed but of course, that wasn't the case at all.”

In terms of memories from this time, Rose says the virus took all her senses including her hearing, her sight and her voice. “My voice was gone because I had to have a tracheotomy and everything had to be written down,” she explained.

However, this brought with it its own frustration because even writing things down was difficult because she couldn't write well or explain herself. “I was angry at this time because it was very frustrating,” she points out.

“My writing was affected so the staff couldn't read it. All the little things that it affected and is still affecting. I am here having rehabilitation in the Intermediate Care facility, which is set up especially for patients like me. But, little things are breaking down in my body. It is also not helped by the fact that I am an asthmatic. And, all of this has to be put right before I go home.”

Rose has no inclination of when she will return home, having been advised that it could take 12 months for her to fully recover from this. “So, I am probably here for the long haul,” she continues.

Her family are only permitted to visit at the weekends due to Covid-19 restrictions. “My husband Liam has been my rock and my son and daughter have been an amazing support to me. They fought and fought for me over the last few months and never gave up. I can never repay them.”

Rose also took the opportunity to thank everyone for their kind messages, cards, letters, and phone calls over the last few months. The support from people has been phenomenal and I am so grateful as it has helped with my recovery. Also thank you to my neighbours, who rallied around Liam while he was sick as well.”

The Lorrha woman is now determined to “get on” with her recovery. “You just have to get on with it and you have to adjust to it. It can be lonely and boring at times but that is life now for me until I get over this. It has been very hard to accept this.”

“I was working right up to a few days beforehand. The thing that really galls me is that most of all is that we were doing everything right. To be struck down, so fast, so quickly and so severely, is hard to take.”

Describing her typical day now as Rose recovers, she outlines how she is getting occupational therapy which is helping to get her memory back. “This is helping with my memory or perhaps, I may not get it back or want it back because it was such a terrible time. But, it is also about going forward and remembering things. Then, there's the physiotherapy. Everything is here that one would need. I also have speech and language therapy, which is helping my speech because it was very poor. It is a wonderful place.”

The physiotherapy is helping Rose to walk as she is only able to walk unaided for a few steps at the moment. “I have to learn to walk again, basically. It is an awful awful virus. It is absolutely dreadful, ” she reiterates.

“But I will get there. I am optimistic. It disrupts your whole life. It is a terrible terrible thing. The sad thing about this is that it is such an unusual virus in that the medics and scientists themselves are having trouble trying to find a vaccination for it. That is sad because it has killed a lot of people. I am just one of the luckier ones that I came out on the far side of this. I now have to pay the price of sitting this out.”

Another side effect, which is very severe, is fatigue and tiredness. Rose says when she first came to the centre in Limerick, she maintains that she wasn't going to “wait six or twelve months for this to pass”. “I said I was going to get this over and done with and get out of here. So, I was working through that for two weeks. I did great work for two weeks and then, unfortunately, I just collapsed with fatigue and tiredness last Thursday.”

“It was an awful feeling. I couldn't get out of the bed. It was a terrible terrible feeling.

Looking back on her discharge from Portiuncula, Rose points out they were “absolutely brilliant and equally in Galway but I didn't know that at the time”. “I know how brilliant they were in Ballinasloe and how hard they worked to keep me alive.” She then extended a huge thank you to Dr Hilliary McLoughlin and her team. “I can't thank them enough,” she adds.

Rose is now facing the future with resilience and hope that she will return home as soon as she can and we all wish her the very best as she continues her recovery, from what she describes as a “horrible, horrible virus”. 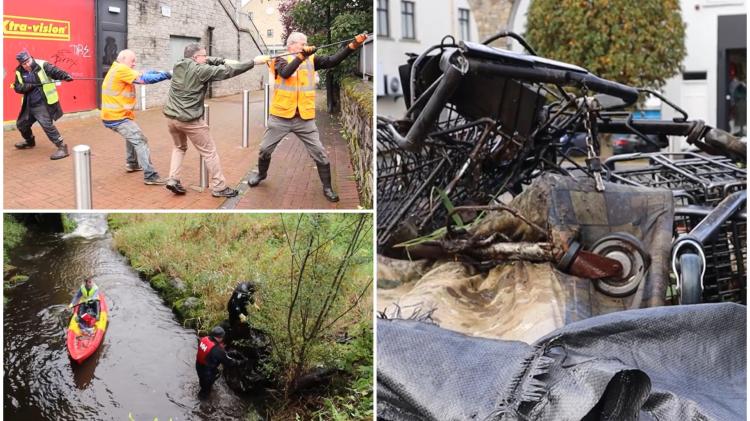 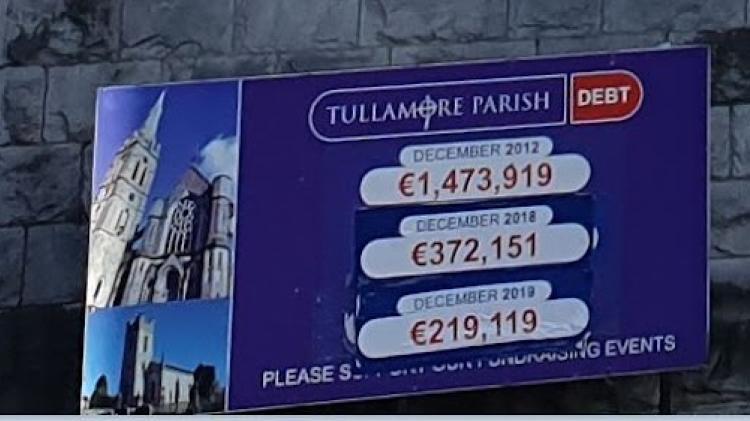