A brave Offaly groom outraged the women of Ireland last night as he dyed his bride's wedding dress blue on RTE's 'Don't Tell the Bride' programme. Jamie Moten planned his nuptials to long term girlfriend Nikki Corscadden and the Offaly dad-of-two whipped out the pot of blue dye so that the dress would fit with his ‘Plenty of Fish’ wedding theme.

The 31-year-old chef organised the wedding day in just three weeks while his primary school teacher fiance stayed with her parents last December. Speaking on Monday night's show, Jamie revealed that he was inspired to plan the big day around the 'Plenty of Fish' theme because that is where the pair first found one another. 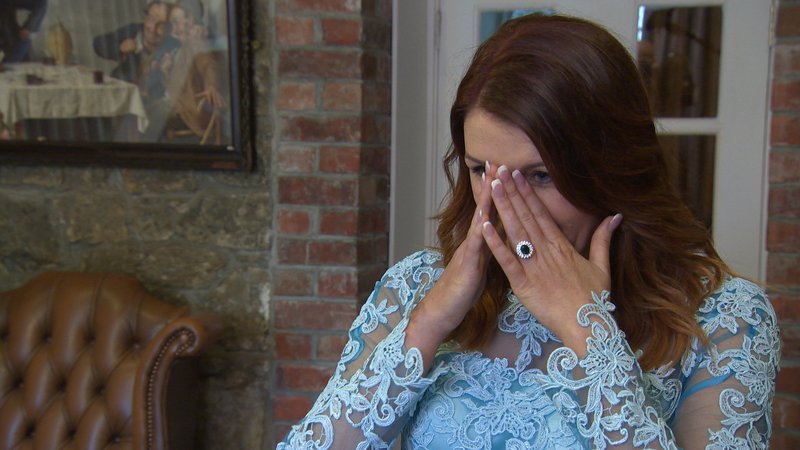 Jamie had a €10,000 budget for the wedding, and unlike many grooms on the show, splashed out €1,450 on a traditional white dress, only to drop it into a huge saucepan full of blue dye before the big day.

Jamie continued with his unconventional plans by arranging for Nikki to row across a lake to her wedding in a park rather than walking down the aisle of a church.

The Birr man also abandoned Nikki's dream for a plush hotel reception in favour of a festival themed party in a glamping park. Add that to a blue dress...

Scroll back up and watch the dress being unveiled.