What the Tidy Towns judges said about Ballycumber

Ballycumber broke the 300 mark barrier in this year's Tidy Towns 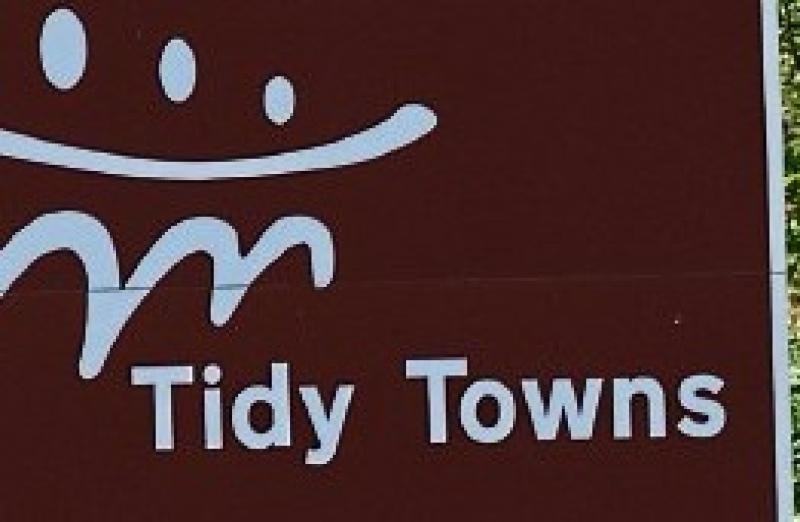 Thank you for your application to the 2017 Tidy Towns Competition. You followed the advice of last year’s adjudicator and included a well-structured and comprehensive three-year plan. This should be a huge asset to your work.

Listing the lead partners and timeframes for each project is a really good idea. You liaise with several other groups in the area including the Men’s Shed, school and walking club as well as the local authority etc. The School are to be congratulated on achieving their fifth green flag for biodiversity and the Foróige Club seem to be doing great work for their community.

You have several means for communicating with the local community, which are obviously proving effective, but you might also consider using social medial to reach a wider audience. It’s an opportunity to post photos of your work, highlight achievements and spread the word.

A Heritage Trail is a great addition for Ballycumber Village. Is the booklet available in the local shop? How do visitors find out about the trail? Do you plan to put up a sign somewhere in the village or way-marking signage?

Gavin’s Pub, Flynn’s Bar, The Granary and Gussies all looked well on adjudication day. The planters in front of Healy’s Pub aren’t ideal but I agree they are fine as a short-term solution. The riverside park and walk is a great natural amenity. It’s great to see that the river edge is maintained in a natural state and the park sensitively managed. There were some weeds in the paved area but this area was being cleaned up on adjudication day. It was a shame to see heavy herbicide use on the other side of the river.

The GAA club is also well presented with a freshly painted front wall. The Foróige Club are to be commended for their graveyard recording project.

A Community Garden is also a great amenity and it is looking great. The use of perennials in the beds at the riverside park is good. The large stone planters at Grogan are very colourful and appealing. The planting at the Pilgrim statue and fountain is a bit weak. Low-growing, flowering shrubs or perennials that can tolerate partial shade and will blend together to cover the soil would work best here. A splash of colour would brighten the space but you don’t want to hide the rear stone wall completely.

The pipes in the water look a bit unsightly as does the large pole in front of the area. Stone planters nearby on the Clare Road look very attractive, however, as do several other planters and hanging baskets around the village. The wooden planters on the main road in the grassy verges are a bit lost and not required here where there is grass, trees and hedgerow. They could be moved elsewhere.

As you identify, the river is the key natural habitat in the village although there are also native hedgerows, trees and meadows in the village and Clara Bog is close by. As stated above the is being sensitively managed and cared for. You might consider organising a nature walk along the river during Heritage Week. Nature walks and talks are a great way to raise awareness and appreciation of local biodiversity.

The insect hotel in the community garden is a lovely feature, well designed and built. Leaving the starling nest undisturbed is commendable. Your grass mowing policy is great and the results look well. You can monitor you grass mowing regime and see if the ‘don’t mow- let it grow’ approach can be extended elsewhere. Boher NS are to be congratulated on being awarded their fifth green flag for biodiversity. This represents a huge amount of work, well done.

It’s great to hear that you are utilising the compost produced in the Community Garden in your planting schemes. Is there much home composting by residents in the village? You are leading by example and a composting workshop might help spread the word. Using the produce of the tunnel in meals produced for the elderly a wonderful idea and a model project for other communities. It would be good to extend your rainwater harvesting and to be in a position to water all your planters with rainwater. By doing so you will provide great example and inspiration for the community. It would be great to extend the ethos of the green schools programme to the wider Ballycumber community.

Surveys are a useful to determine the level of composting, water and energy conservation in an area. The results can be used to develop a zero waste strategy.

Ballycumber was very tidy and litter free on adjudication day. The village was humming with activity as people in high-vis jackets were out picking up little and mowing lawns. You have been busy painting. Do include some before and after photos next year, and photos of any clean-up events. Your regular litter picks are proving successful as the village was presented to a very high standard. Paths and footpaths were clean and tidy.

There are many attractive residences and housing areas in Ballycumber with well-maintained houses and gardens. The Twickenham Estate is very well-kept and the trees provide attractive screening and shelter. The posts with hanging baskets are a bit unnecessary, in my opinion, with the nice tree line behind them. Only a couple of baskets were filled. The shrubbery in the centre of the green island looked much better. Sycamore Drive also has very nice
trees and well maintained green.

The approach roads in Ballycumber look very well with the combination of mown verges, unmown stretches, hedgerows and trees. Planters look best on hard or paved surfaces although the large stone planters in a few green areas in the village look very well.

I really enjoyed my first visit to Ballycumber, keep up the good work.