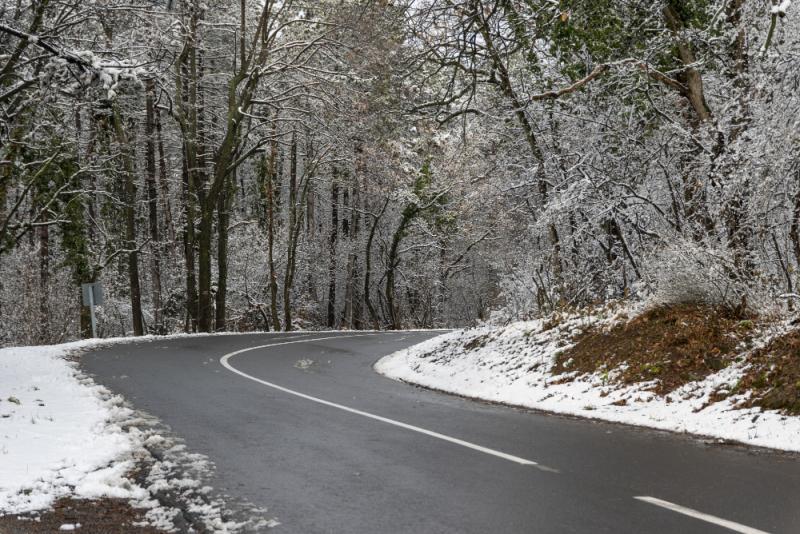 According to the latest weather forecast from Met Eireann, the weather in Ireland is set to take an even more wintry turn with thunderstorms, hail, sleet, snow and freezing temperatures all in the forecast

Met Eireann says that the weather will remain unsettled and generally cold with heavy showers later in the week, some of hail, sleet and possibly snow on higher levels with a risk of thunderstorms.

The weather forecast for Tuesday for Ireland is for sunny spells in the afternoon with scattered showers of rain or hail over the northern half of the country and along the west coast. Largely dry elsewhere. Highest temperatures of 4 to 7 degrees with moderate northwest winds, stronger near Ulster coasts.

Tonight will be cold and clear with a widespread frost and icy patches developing as temperatures fall to between 0 and -3 degrees. It will be dry with just the odd shower possible near northeastern coasts. Northwest breezes will fall light, becoming near calm in many areas.

The weather forecast for Ireland for Wednesday from Met Eireann is for frost and icy patches to slowly clear through the morning. It will be a cold, dry day with plenty of sunshine. Highest temperatures of just 3 to 7 degrees, with a light westerly breeze or near calm conditions.

School closures should not be default response to Covid surge

Becoming windier early on Wednesday night with southerly winds increasing fresh to strong and gusty. Rain will spread from the west overnight to all areas, briefly falling as sleet on higher ground. Cold with frost forming early in the night over the eastern half of the country, in lows of -3 to +2 degrees. Becoming milder overnight with the rain.

The weather forecast for Ireland for Thursday from Met Eireann is for a wet and windy to start, with rain clearing eastwards to widespread showers of rain, hail and sleet through the morning. Bright or sunny at times between showers. Showers will become increasingly heavy with a risk of thunderstorms. It will remain quite windy for the day with fresh to strong and gusty southwest winds, with onshore gales on Atlantic coasts. Highest afternoon temperatures of 5 to 8 degrees.

Heavy or thundery showers will continue to feed in from the west on Thursday night in moderate to fresh westerly winds. Showers will be of rain, hail or sleet, possibly falling as snow over higher ground. Lowest temperatures of 0 to +4 degrees.

According to Met Eireann, Friday will be another breezy and showery day with bright spells, and moderate to fresh westerly winds. Showers may fall as sleet in the morning. It will turn cloudier in the afternoon. Highest temperatures of 4 to 7 degrees. Turning windy overnight with a spell of rain moving in across the country from the Atlantic, with heavy falls in places. Southwest winds will increase fresh to strong, and it will become milder overnight.

According to the latest forecast from Met Eireann, Saturday will be a breezy day with rain clearing eastwards in the morning to frequent showers, some heavy, interspersed with bright or sunny periods. Highest afternoon temperatures of 4 to 7 degrees.

Met Eireann is forecasting that Sunday will be a somewhat calmer day with a spell of rain moving in from the southwest. Cold to start but it will become milder later in the day.