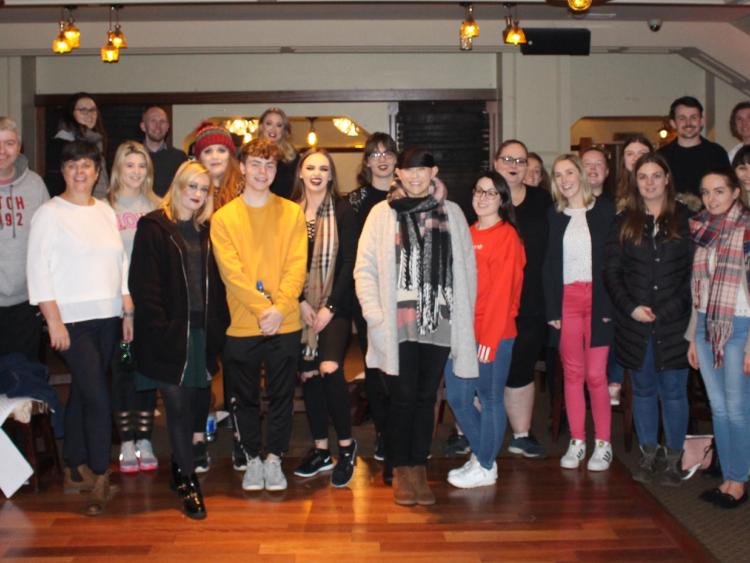 Tullamore Musical Society bring Jekyll and Hyde to the stage

Tullamore Musical Society are busy rehearsing for their upcoming production of Jekyll and Hyde.

With less than five weeks to go, the cast and crew are excited to tap back into their dark side for the stage. Once again, TMS are in the safe hands of Paul Norton, Graham Finnerty and Shane Farrell, who time and time again produce spectacular performances and productions.

The stellar cast is led by Chris Corroon, who will undoubtedly bring a unique and powerful performance as Jekyll/Hyde. It will be a big change for the star who is currently playing the Dame in the Helix’s panto Robin Hood. However, a versatile actor, who is no stranger to the darker roles, Chris is excited to sink his teeth into the dual personalities which present themselves in Jekyll and Hyde.

He is supported by an extraordinarily talented cast and chorus who are working tirelessly in ensuring that they bring a high standard production to Tullamore that will once again leave the audience mesmerised.

The exceptionally talented soprano Yvonne O’Toole will be playing Jekyll’s love interest, Emma Carew. Her extraordinary voice lends itself to Emma’s gentle nature and love for Jekyll. The strong vocals and powerful acting chops of Linda Murray help bring Lucy Harris to life on stage. A fearless performer, Linda is the perfect partner for Yvonne.

Jekyll’s right-hand man John Utterson is played by the incomparable Steven Rabbette, arguably Jekyll’s conscience. The
two men are no strangers to sharing the stage together and their pre-existing friendship lends itself to ensuring a strong chemistry on stage.

They are supported by a strong talented chorus who are excited to perform numbers such as ‘Facade’ and ‘Murder, Murder’.

The show runs from February 17 to 23, in the GAA centre, Tullamore. For more information check out www.tullamorems.com.