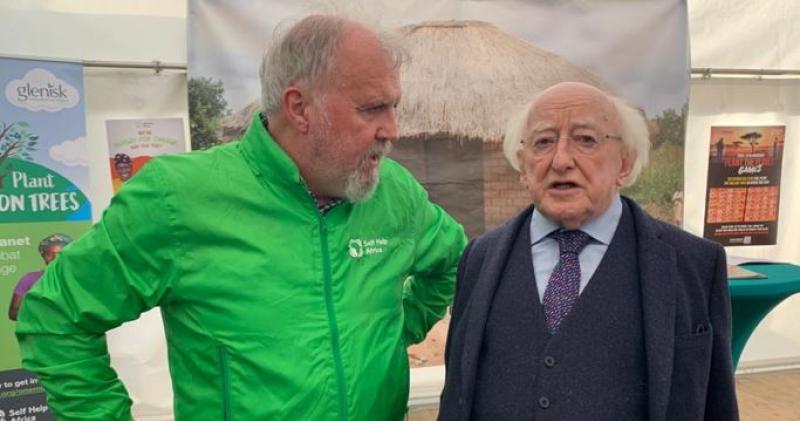 Ronan Scully of Self Help Africa with President Michael D. Higgins on Thursday at the ploughing

The support of the farming community for the work of Self Help Africa has been praised by Offaly aid worker Ronan Scully.

Ronan, who has recently returned from war torn and drought ravaged Ethiopia, said farmers had been strong supporters of Self Help Africa over the years.

He said the organisation also had formal links with the Irish Farmers Association which strongly supported their work in Africa.

“Even though farming people are experiencing huge economic difficulties they continue to be very supportive of and generous to Self Help Africa,” outlined Ronan.

He added there was a steady stream of visitors to their marquee over the three days of the ploughing and the organisation placed a special emphasis on education, particularly aimed at the younger generation.

Among the visitors was President Michael D. Higgins who spent over 20 minutes in the marquee engaging with members of Self Help Africa.

The President is a patron of the aid organisation.