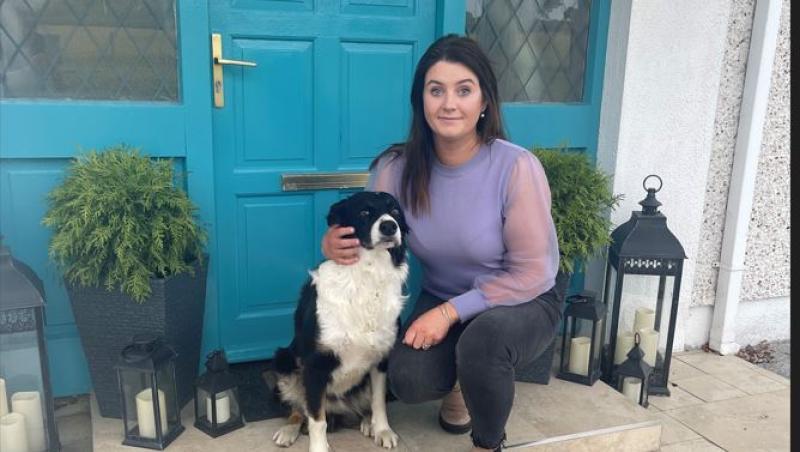 The verdict of Chelsey Cox-McDonald on her role as Secretary of the Tullamore Show and FBD National Livestock Show.

Chelsey succeeded veteran Show Secretary, Freda Kinnarney who was the face of the national event for many decades.

But the Geashill native is now stranger to organising the show as she has been involved with the event since 2009.

From a sheep farming background in Ballycue in Geashill, Chelsey comes from a family steeped in the show tradition with her uncle Rodney having held the post of Show Chairman as well as many other key roles for many years.

After graduating with a business degree from Athlone Institute of Technology Chelsey moved to work in Naas.

But she returned after just a year and soon found herself immersed in the background scenes at the show.

Chelsey worked hand in glove with Freda Kinnarney and shadowed her for many years so she has a deep knowledge of the show's workings.

The show is a mammoth event to organise and Chelsey stressed that planning for next year's show will begin straight away after this Sunday's event.

She admitted that the Covid pandemic proved very challenging for Tullamore Show as it did for all agricultural events in the country.

Due to Government imposed restrictions the show was unable to be staged in either 2020 or 2021 so it makes a very welcome return to the Butterfield Estate this Sunday.

From her base in Church St Chelsey and her team of four office personnel together with Show Chairman, Joe Molloy, the Show Executive and tens of volunteers are busy putting the last minute preparations together for Sunday's event.

They have now relocated to the site at Blueball where the farmland is being transformed into a huge tented village.

Chelsey added organisers are expecting 60,000 people to descend on the Butterfield Estate this Sunday.

Good weather conditions are anticipated which will ensure the day is a pleasant experience for visitors, exhibitors, competitors and organisers alike.

She said sponsors are the life blood of the event and they have managed to bring new sponsors on board this year as well as retain their loyal supporters.

She also paid tribute to the site owners, Stephen and Annmarie McQuade and to all the neighbours and residents of the Blueball area who are very co-operative despite the inevitable inconvenience that show day brings.

She also thanked Offaly County Council, the Gardai and Civil Defence whose contribution is vital to the success of the show.

Competitions start early on show day and the event will be officially opened in the early afternoon by the Minister for Agriculture Charlie McConalogue while Minister of State Martin Heydon, with special responsibility for farm safety, will also be in attendance.

Chelsey is confident everything will run smoothly on show day and is looking forward to a well deserved rest on Sunday evening.