Residents in turmoil as eviction looms at Tullamore estate 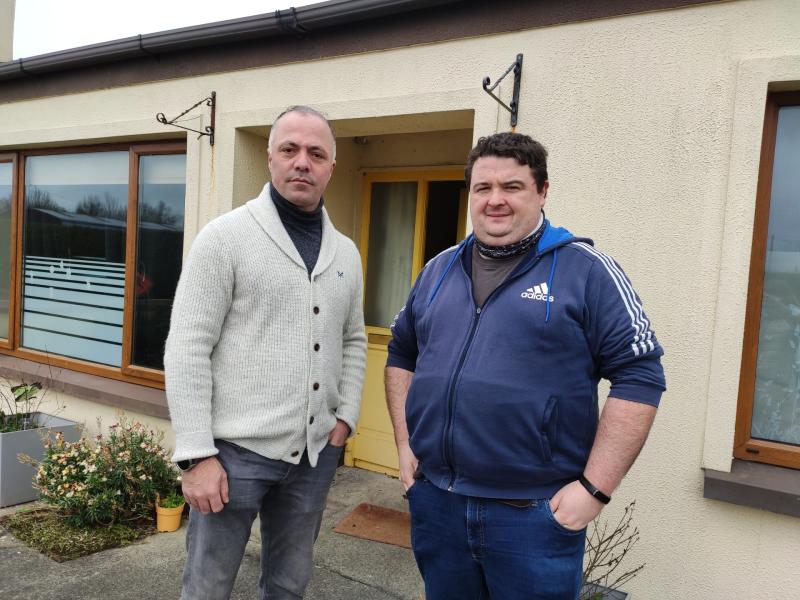 WHEN the residents of Locke House View in Tullamore received notice in January that they had to be out of their homes by August, it came like a bolt out of the blue.

The entire  estate which consists of 15 houses was auctioned off last June and sold for €1.665m.

The small, secluded estate where everybody knows their neighbour is in turmoil.

The people, some of whom have been living there for almost 17 years, are worried about what their future will look like and where they will live.

Mark Lynskey and his wife and two sons have been residents of Locke House View for almost 16 years. ‘’We have to be out by August 19. They will strip all the houses out and build them into new eco houses apparently. We were given first refusal but where are we going to go for 14 months?’’ asked Mark.

Offaly man who posed as auctioneer repays all his victims

‘’Everyone here are decent, easy going people. We never have trouble in this estate, that’s what we like. It’s very quiet, everyone is fairly genuine, there is no fighting or rowing,’’ he said. ‘’I am a farmer’s son. I have been an engineer for the last 15 years. I normally don’t like living in towns but this is quiet here. We had resigned ourselves that this was where we were going to live.’’

Mark’s two sons have special needs, one has autism  and the other has ADHD, dyspraxia  and type one diabetes. ‘’They suffer with anxiety because they can’t get their head around what is happening. People with autism can’t deal with change, they are creatures of habit, One lad also has a problem with his hip. We need a bungalow. He is not good at judging steps. He could be grand going down the stairs, but he could lose it and fall down the stairs,’’ said Mark.

Any of the residents we spoke to have been in touch with Offaly County Council.

Mark says the property company that was appointed when the new owners took over changed all the locks on the front and back doors.

Another resident who lives with her daughter on the estate and preferred not to give her name,  said, ‘’we were told everything would go on as normal and they would be rented out to us as normal. But then we got an eviction notice on January 1. It came from the maintenance company who said everyone had to be out. They were doing refurbishments and it would take 14 months. There are 10 houses here and we all have to be out. We have no place to go. Half the houses are leased by the council under RAS, we have to wait to see if the council are going to house us, we don’t know. I am a council tenant. This is a private house being rented by the council. I have contacted the council. They just say you will have to wait to see what happens further towards the date,’’ the worried tenant said.

Sofiane Guedri has been living at Locke House View since 2017. ‘’When our new landlord took over last year the rent rose to € 750 a month. In the meantime the property company  doesn't accept HAP (housing assistance payment).

Sofiane is now on the council housing waiting list. He also lost his job with an engineering company during covid. He is one month’s rent in arrears and says he needs to come up with €750 each month. He has received a letter telling him he has 28 days to pay his rent.

Tullamore through to Leinster Final after digging deep in semi-final

‘’Now I am going to social welfare to apply for a supplement, I can’t make it.’’

In the meantime Sofiane said he had been chasing the new owners to fix a broken cooker in the house but up until last Friday nothing had happened. ’’I bought this small hot plate to cook and sometimes it takes 3 hours to cook dinner. When I emailed the new owners and thank God I kept all the emails, they didn't reply. The only thing they want is for you to  pay your rent.

Sofiane points out that there are six empty houses on the estate and he asks why the tenants cannot be put into them while their houses are being renovated one by one.  ‘’We  are human beings, we need to be treated like human beings.’’

Sofiane says the new owners want everyone out and then raise the rent.

We were unable to make contact with the property company this week.  Meanwhile work has already begun on the estate.