Sources researching the War of Independence at Offaly Archives 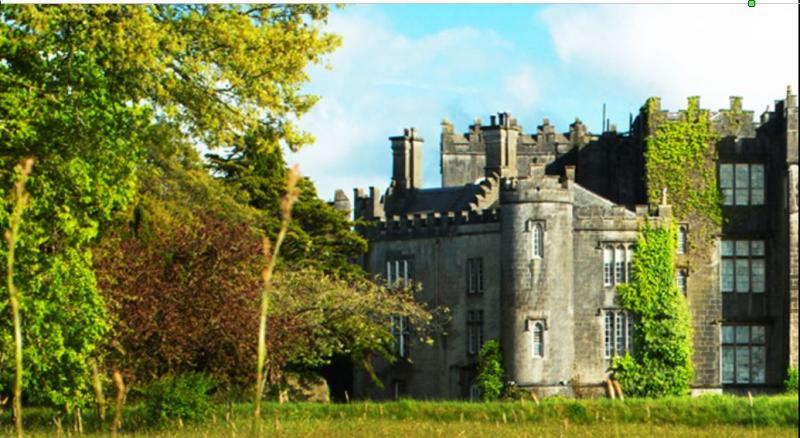 Archives in Offaly covering the War of Independence period are varied and interesting. This blog will give a short overview of archival material in Offaly Archives in collections of local government records and private papers, drawn from both the collections of Offaly County Library and Offaly History. Links will be provided to online descriptions and digitised resources on the online catalogue offalyarchives.com  This will also include links to the catalogue of the Rosse Papers at Birr Castle, another local repository of important source material.

Local government archives, such as the records of the county council and of the urban and rural district councils, record the massive political change following the establishment of Dáil Éireann in January 1919. By the time the local elections of 1920 were held, Sinn Féin had the majority of seats on the County Council. King’s County Council was renamed Offaly County Council in June 1920 and allegiance to the new Dáil was ratified by many of the district councils, e.g. Tullamore Rural District Council recorded the following motion on 2 October 1920:

Detail from the minutes of  the meeting of King’s County Council, on 19 June 1920 where a proposal to change the name of the council to Offaly County Council was adopted.

The issue of the internment of Republican prisoners in camps in the Curragh and elsewhere occurs frequently in local government minute books, e.g. Eamonn Bulfin, chairman of King’s County Council before being deported to Argentina, proposed the following on 25 February 1919:

Proposed by E. Bulfin, seconded by M. H. White & resolved that we call the attention of the civilised powers and peoples of the world to the inhuman treatment of Irish political prisoners interred in English and Irish jails.

In September 1920, a decision was taken by Tullamore UDC to cancel its original resolution adopted in 1916 condemning the 1916 Rising. A handwritten order in red ink over the original condemnation is a visual reminder of the complete reversal of political opinion in four short years.

There are two surviving autograph books created by local prisoners of the internment camps, namely John Lennon of Harbour Street, Tullamore (now fully digitised), and Séamus O’Brennan, Church Street, Tullamore. These contain the signatures and the addresses of many imprisoned men from Offaly along with artwork depicting life in the camps in the Curragh. There are further autograph books of local origin in private collections.

Elsewhere, the surviving records of the large estates reflect the effect of the instability of the political situation during this period. Reginald Digby filed the following annual report in 1919 with a curiously positive statement concerning life on Lord Digby’s Geashill Estate,:

Though Ireland remains in a disturbed and unsatisfactory condition, this immediate neighbourhood has been very free from agitation, and from a continuance of high prices for all agricultural produce and abundant crops, the Irish farmer is enjoying an era of unprecedented prosperity.

His successor as land agent, Lewis Goodbody of A. & L. Goodbody Solicitors, submits a less sanguine description of events on the ground the following year, 1920:

Ireland continues in a disturbed and unsatisfactory condition. This neighbourhood has not escaped the general destruction of Constabulary Barracks, the only three barracks on your estate having been maliciously and wantonly burnt and wrecked, those at Clonmore being wholly destroyed and those at Geashill and Killeigh partially so. The police authorities having vacated them prior to their destruction have since abandoned same, with a consequent loss of future rental. Claims for compensation for substantial amounts have been lodged and are still pending.

Over at Birr Castle, the estate was managed by land agent Toler R. Garvey  At this time, the 6th Earl of Rosse was in his minority, having succeeded to the earldom at the age of 12 when the 5th Earl died in 1918 of injuries sustained in the Great War.  During the War of Independence he was away at school in England and the castle and demesne was looked after by Garvey. Copies of Garvey’s outgoing correspondence survives and in it he records various agitations in that part of the county, and laments a former way of life such as this description in a letter to V. J. Beaumont Nesbitt, Tubberdaly, Edenderry:

…Although things are very bad they are not a bit worse than I had anticipated, but we must reach an end of it sometime and we, or whoever is left, may once again be able to live in peace, though I don’t think they will ever know the comfort and good times which we had in the past.’

The Rosse Papers also contain a vivid description by Lady Bandon, in reply to the Hon. Geoffrey Parsons,  of the kidnapping of Lord Bandon, of Castle Bernard, County Cork,  in July 1921, which must have been disquieting reading for fellow landowners:

My dear Geoffrey, how nice of you to write thousands of thanks to you both for your most kind sympathy in our terrible tragedy. If only I could have tiding of my dear B. I can only trust that he may be restored to me but the suspense is so trying and what he must suffer in mind & body… The way they treated us was like the French revolution. I can never forget it  – & [?] men taken away & hearing shots fired. The head male was so insulting to me – saying there is no Lord Bandon & that the likes of us had ruined the country. Thank God I kept my head & prevented their being too rough to B. when he tried to struggle with them. I feel people in England don’t realise what loyalists are suffering over here. I know so many appalling things.’

Following ‘The Truce’ of 11 July 1921, political tensions between the Pro-Treaty and Anti-Treaty supporters crystallised and set the scene for the Civil War which officially broke out in June 1922. In this intervening year of fractious hostility, Garvey’s letterbooks at Birr reveal the anxiety surrounding the situation for landowners:

I enclose …Notice from the Local Government Board of their intention to take the land at Croghan after all, but in view of the Settlement just arrived at on the Irish question, it seems very doubtful that they will proceed with the matter. Things have moved rapidly since I saw you and we shall soon be face to face with a totally new situation.’

The end of the War of Independence and the establishment of the Irish Free State saw a big change to the system of local government and consequently local government records. The boards of guardians which oversaw public health were replaced by county boards of health and the workhouses were renamed as county homes. The minute books of the boards of guardians for each district in Offaly end at 1921 when all of their functions and services were transferred. These minute books reflect a changing political landscape in Ireland beginning with the documentation of the workhouse system of poor relief from the 1830s, to the Great Famine and its consequences, right through to the days of revolution and independence. One of the final entries in the Birr Union minute books illustrates the dramatic events of this time in local government:

The clerk reported that the current minute book disappeared out of the office since the last meeting, that the chairman Mr Delahunty and three other members have been arrested viz., J. J. Horan, Thos. McIntyre and Francis Bulfin, and that a number of other members are on the run…

…The Clerk further reported that the Office had been recently raided by Crown Forces and that they enquired for letters from Dáil Éireann and for the missing minute book. He was not however able to give them any information on the subject and after warning him that should any letters etc from Dail Eireann be found addressed to him, he will be arrested. The party then withdrew.’ (25 June 1921)