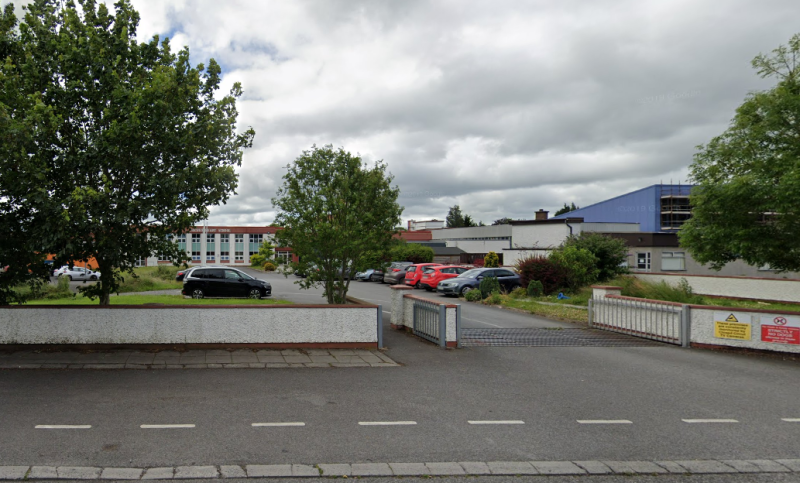 Students attending the Sacred Heart School in Tullamore are not being allowed to wear their coats in the classroom and some are complaining that this is unfair as the windows and doors are open leaving them shivering with the cold.

One Leaving Cert student who doesn't want to give her name said that even though she is wearing layers of clothing she is still cold and is finding it difficult to concentrate.

The windows and doors are open at the school to allow for ventilation and to comply with Covid regulations.

''They [teachers] are going around the corridors and halls telling people to take off their jackets. Some people started to bring in hot water bottles but they were told that they will be confiscating them,'' said the student.

The student also claimed that one girl went to a nearby shop at break time and brought back a hot drink and the teacher took it from her and poured it down the sink.

''I have a pair of leggings under my school trousers and two jumpers. Some are coming in with three jumpers and three pairs of leggings.''

POLL: Should students be allowed to wear coats in school when classrooms are cold due to Covid guidelines

The parent of the student said the pupils were told that if they didn't take off their jackets they would be confiscated until 3.30pm. ''That's not right. The teachers can wear jackets though,'' she said.

The family of this particular student have gone to the HSE, the Dept of Education and local councillors but all of them said there was nothing they could do about it.

Another parent, who spoke to the Tribune on condition of anonymity, said students were feeling the cold at both the Sacred Heart School and Colaiste Choilm. “At the Sacred Heart a number of girls and parents have complained about it but were told that they are not allowed to wear coats during class. There are some European students at the school and they have made the same complaint,” said the parent. “It seems to be different at Colaiste Choilm because after not being allowed to wear their coats the boys were told in the last week or so that they could. At the same time, some of them are deciding to wear two jumpers instead of a coat or jacket.”

Principal of the Sacred Heart School, Pauline McKenna said the windows and doors are open for the safety of the pupils and staff. She said there is a protocol in the school which includes wearing a uniform, and having a coat on during lessons is not in keeping with that code of conduct.

Ms McKenna said the decision on the school uniform was made following a long process of consultation with the student and parent councils and an agreement was reached with both.

She said the suggestion was for two uniforms which includes a jumper and trousers which they can wear every day or a hoodie and tracksuit bottoms. She said most of the students are wearing ''skins'' under their trousers which are a form of thermal wear.

Ms McKenna said all parents received two emails and at least four text messages about the importance of the school uniform. She said to date she has received just five complaints regarding the non wearing of coats rule.

In relation to a claim that students were allowed to wear their coats last year, Ms McKenna said last year everyone was just trying to get through the pandemic which wasn't easy with 700 pupils in the school. Ironically she said she received complaints from the parent body last year because the rules around the uniform were being relaxed and pupils could wear a coat. The parents wanted to keep the same standard for all and their advice was not to ruin it for everybody for a minority of pupils.

Ms McKenna says that ''by wearing the uniform students see that it's not something to diminish and is displaying the principle that nobody here is more important than anyone else.''