This tree has caused a major dispute at one Offaly graveyard 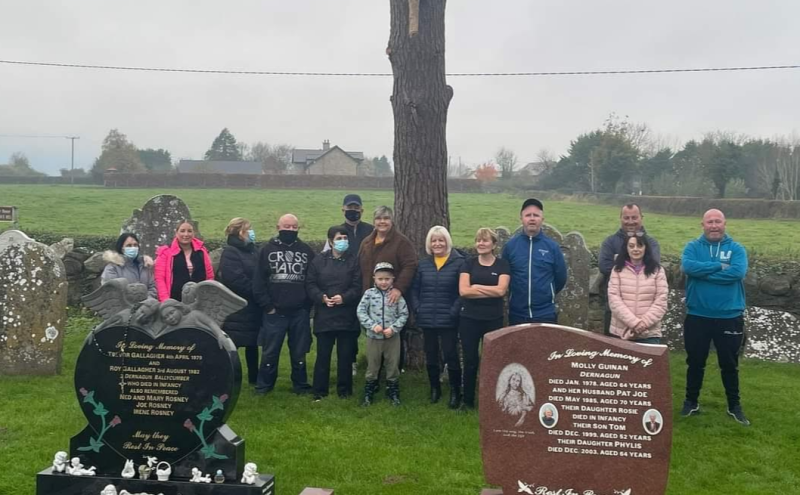 A dispute has arisen in Lemanaghan over a Scots Pine tree which is located in the local graveyard. One group is anxious for the tree to be felled while another group is adamant that the tree remain.

In 1949 Rosie Guinan died at the age of just two years. Her family planted a Scots Pine tree in her memory at Lemanaghan graveyard. The tree was also used to mark the place where she was buried as they couldn't afford to erect a headstone at the time.

Now this same family want the tree to be taken down and replaced with a headstone.

They claim the tree is leaning in what they believe to be a dangerous angle. In addition, every year it sheds its pine needles all over nearby family graves, forcing them to cover the headstones and graves with plastic. They are also concerned that in the event of the tree falling they will be left to foot the bill for any damage caused.

The family contacted Pat Pilkington, Senior Engineer with Offaly County Council, who initially agreed to take down the tree, however, as work was progressing members of the graveyard committee approached Mr Pilkington and appealed to him not to fell the tree, and as a result, the tree felling was abandoned. Mr Pilkington said a tree surgeon has examined the pine tree and deemed it to be safe.

However, the family are resolute in their determination to have it removed and say it was the dying wish of one member of the family to have it taken down. They also say the roots of the tree are spreading underneath the wall surrounding the graveyard and if it falls it will take part of the wall with it.

The historic Lemanaghan Cemetery is owned by Offaly County Council so before any headstones can be erected, proposals for the headstone and tree must be sought, the process of which is underway.

There is mention of the tree in a Conservation Plan for Lemanaghan: "There is an attractive Scots pine in the graveyard, and a poor coppiced ash nearby. The fringe of beech outside the graveyard wall (with a few younger ash at the lower end) is attractive, if somewhat out of scale," it states.

In the website 'Visions of the Past' it says: "The attractively walled graveyard that surrounds the church was a ‘mixed’ cemetery where people of various religious denominations were buried. One of the most eminent and haunting stones is a memorial to two United Irishmen, Feeny and Daly, who were hanged in Ballycumber and buried in Kilmanaghan."