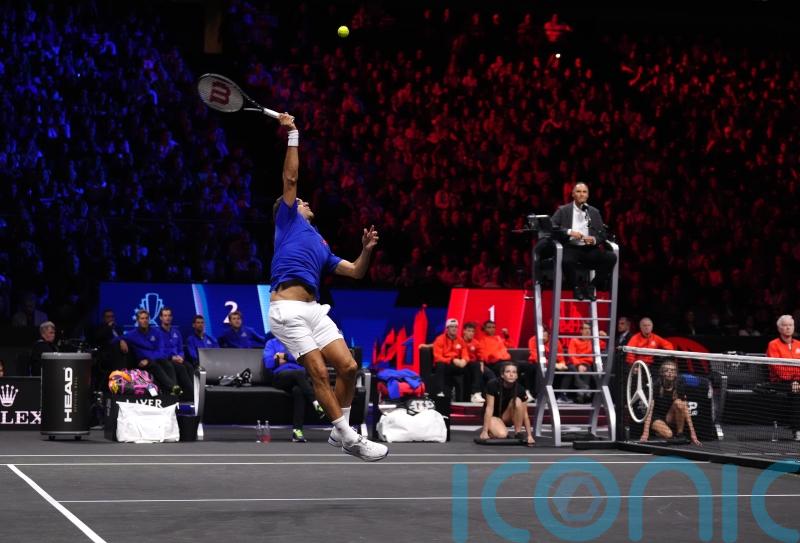 Roger Federer was unable to bring the curtain down on his illustrious career with one final victory after he suffered defeat in the doubles at the Laver Cup to ensure a dramatic opening day ended level at 2-2.

The 20-time grand-slam champion teamed up with old rival Rafael Nadal for his ‘last dance’ in London but saw his dream finale ruined by Jack Sock and Frances Tiafoe, who won 4-6 7-6 (2) 11-9 to dampen spirits at the O2.

Spectators inside the venue had been stunned earlier in the day when a protester ran onto the court and set fire to his arm in a protest against private jets being used in the UK.

It was a distant memory by the time Federer had started to roll back the years but he could not maintain a strong start with Team World able to level up the scores after Team Europe had opened up a 2-0 lead at the start of the day. 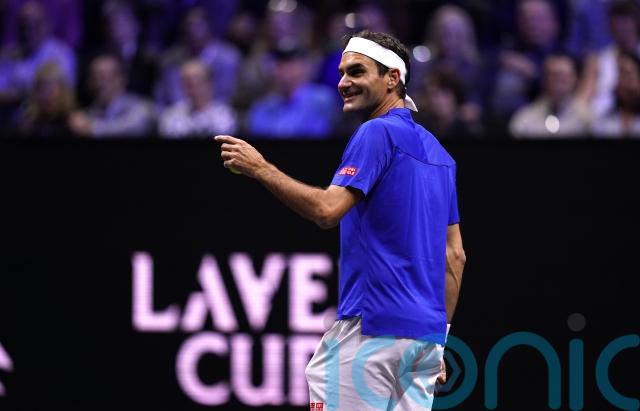 This Ryder Cup-style team competition was the brainchild of the Swiss star and first started in 2017 with a format which sees six of the best players from Europe take on six counterparts from the rest of the world across a mixture of singles’ and doubles’ contests over three days.

Federer had to bend his own rules to feature in only a doubles contest due to his troublesome knee injury but produced several highlights in two hours and 14 minutes of action before he bowed out from competitive tennis following a lengthy hug with old adversary Nadal and another standing ovation.

A marathon two-hour-and-29-minute clash between Andy Murray and Alex de Minaur kicked off the evening session with the Team World player winning 5-7 6-3 10-7 to get the visitors on the board.

Double Wimbledon champion Murray had displayed plenty of his trademark defence during a lengthy battle but it was the Australian who held his nerve in the 10-point tie-breaker.

“I just wanted to do anything I could to get the win for my team and I managed to find a way,” de Minaur said on-court.

“I don’t know how much tactics were out there. It was be ready for a battle and for however long it took. Andy is a hell of a player, he has done so much for the sport and it is just great to have him around.”

A protester had grabbed the headlines during the afternoon session when he set fire to his arm in an act to highlight the climate issues surrounding private jets being used in the UK.

It was during a changeover between sets in Stefanos Tsitsipas’ 6-2 6-1 win over Diego Schwartzman that the spectator raced onto the black court and briefly had his arm ablaze before security were able to step in.

Tsitsipas admitted: “It came out of nowhere. I have no idea what this is all about. I never had an incident like this happen on court. I hope he is all right.”

Met Police later revealed the protester, who had been wearing a t-shirt which read ‘END UK PRIVATE JETS’, had been arrested on suspicion of aggravated trespass. 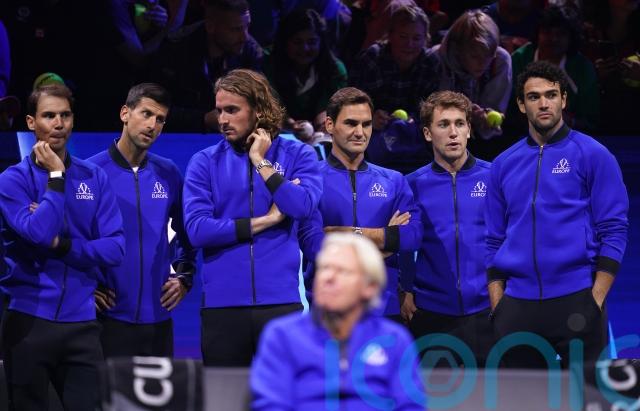 A statement added: “He has been taken to hospital as a precaution; his injuries are not believed to be life-threating or life-changing.”

Victory for Tsitsipas followed up Casper Ruud’s thrilling success over Sock at the beginning of day one 6-4 5-7 10-7.

The US Open runner-up and world number two had to fight back from a three-point deficit in the tie-breaker to take the opener.

Ruud received in-game coaching from his Team Europe colleagues, notably Nadal, and said: “Obviously I was focused about the match and trying to win it but it is fun, you turn around and have Rafa on one side and Roger on the other trying to help.

“I didn’t feel like I needed an unbelievable amount of help but they gave me some good tips.

“I had never played Laver Cup tie-breaker. They said to take it one point at a time. I think it was good advice and feels a bit surreal to have them on both sides.”