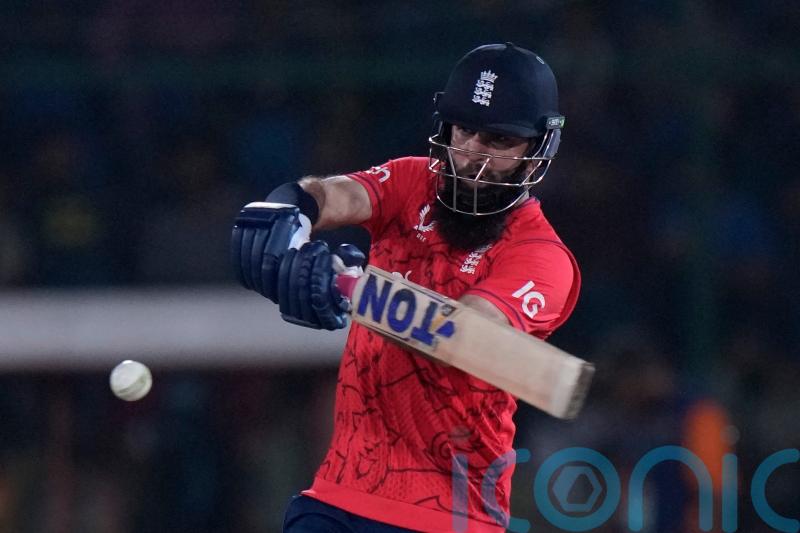 Captain Moeen Ali led the way with a rampant half-century as England piled on 199 for five in the second Twenty20 against Pakistan in Karachi.

Having chased down 159 in Tuesday’s opener, the tourists left a much stiffer chase for their opponents as Moeen clubbed four sixes and four fours in a middle-order assault that brought him 55 not out in 23 balls.

He was building on good work from Ben Duckett, who made 43 at a strike-rate of almost 200 at number four to make good on his recall for this series.

England made a positive start after winning the toss, Phil Salt and Alex Hales pumping 42 off the first five overs. Salt hit his fourth delivery for six over long-off and Hales saw a thick edge off Mohammad Hasnain clear deep third, with four boundaries keeping the score moving.

Shahnawaz Dahani made a serious dent in their progress in the sixth over, rattling the stumps with successive balls. Hales, fresh off a half-century in his comeback match, was foxed by an in-cutter as his bails were clipped on 26 and new batter Dawid Malan was bowled round his legs for a golden duck as he shuffled across.

The hat-trick ball was well directed by Dahani but well defended by Duckett, who backed himself to go through the gears. He showed off his range with a couple of deft scoops over the keeper, nailed his reverse sweeps and at one stage took four boundaries in eight balls as England accelerated. Salt had slowed down, though, and he was skittled by Haris Rauf for 30. 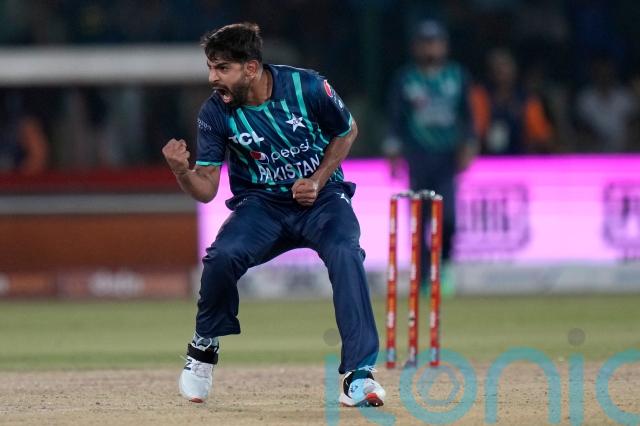 Duckett followed in the next over, bowled attempting a flick to fine-leg as Mohammad Nawaz ended a costly spell with something to show for his efforts.

Pakistan’s success backfired as the middle-order duo of Harry Brook and Moeen upped the ante with a flurry of four sixes. The skipper attacked the spin, launching Usman Qadir twice in a row, while Brook took on pace as Rauf and Hasnain went the distance.

Brook paid the price for an ill-judged ramp, falling for 31 in 19, but Moeen was badly dropped by Khushdil Shad and made the fielder pay as he ended the innings with two more sweet hits for six.