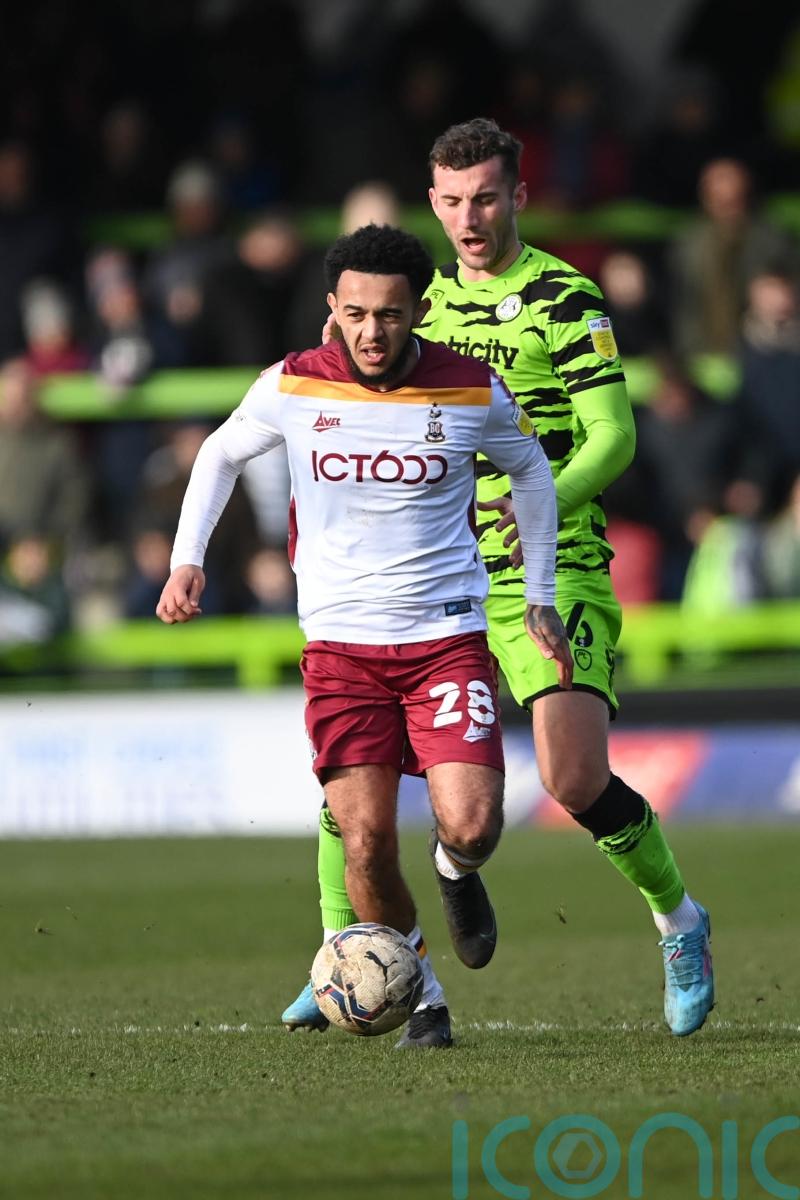 Bradford will make a late call on the fitness of Romoney Crichlow and Dion Pereira ahead of the visit of AFC Wimbledon.

The Bantams will also be without Aston Villa loanee Tyreik Wright after he was called up to Republic of Ireland’s Under-21 squad for their upcoming Euro qualifying tie with Israel.

Fellow winger Abo Eisa will not be ready for the weekend as he continues his recovery from injury.

Paul Osew is an injury concern for Wimbledon.

The 21-year-old defender was withdrawn after 24 minutes of the Dons’ 3-2 EFL Trophy win over Crawley on Tuesday night and remains doubtful.

Wimbledon are looking to snap a four-game losing streak in the league as they come up against Mark Hughes’ in-form side.