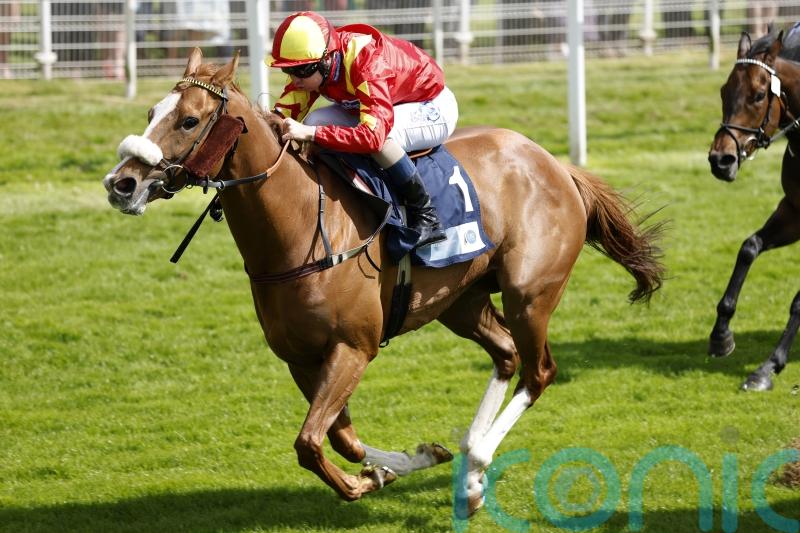 Michael Dods may be taking the horsebox south for Gale Force Maya’s next outing following the six-year-old’s fifth win of the season at Ayr on Friday.

Only twice outside of the top three in nine starts this term, the consistent daughter of Gale Force Ten was striking at Listed level for the second time in a row when taking the Arran Scottish Sprint EBF Fillies’ Stakes, following an impressive rout in the Garrowby Stakes at York earlier this month.

She could now attempt to keep her prolific season going by bidding for a hat-trick in Pattern races if running in either the Listed Oakman Inns Rous Stakes or Group Three John Guest Racing Bengough Stakes at Ascot on October 1, or the Blue Point British EBF Boadicea Stakes at Newmarket a week later.

“She likes quicker ground which she has had most of the season and she’s just gone from strength to strength. We’ve been so pleased with her.

“She seems to have come out of the race well and is just out in the paddocks. We couldn’t have wished for a better year from her really, it’s been tremendous and we didn’t really expect it either.”

On future targets he added: “It all depends on the ground to be fair.

“There’s a Listed five-furlong race at Ascot and on the same day there is a Group Three. We will have to see what the ground is, speak to Frank (Lowe, owner) and see what he thinks. There is also the Boadicea Listed race at Newmarket.

“She will definitely be heading south if she runs, but if the ground went against her she wouldn’t be heading anywhere. She needs decent ground.”

Gale Force Maya’s target could have a bearing on where Ayr Gold Cup runner-up Commanche Falls next runs, with the game son of Lethal Force set for a step up to Listed or Group company.

Beaten by Summerghand for the second successive occasion in the prestigious Ayr handicap on Saturday, the in-form Stewards’ Cup champion would have to defy a career high rating of 112 if continuing in the handicap ranks.

“His last three runs have been great. He has been beaten twice now by Summerghand, giving him weight,” continued Dods. 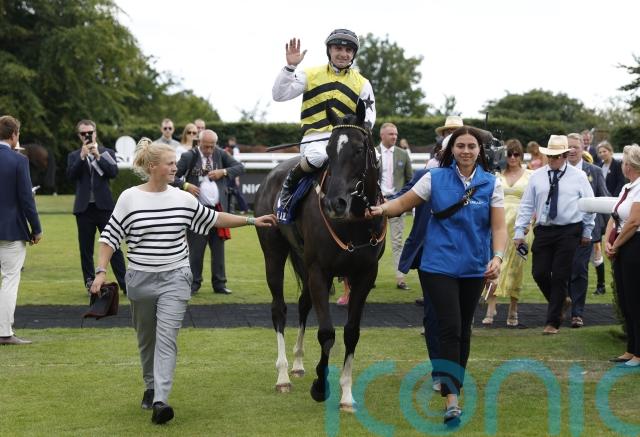 “It was an excellent performance and he’s probably ready now for a step up to Listed or Group Three races.

“There is the Doncaster race (Virgin Bet Wentworth Stakes, November 5) at the end of the season, but we may enter him in the Group Three at Ascot and take a look at the entries.

“But I wouldn’t really be wanting Gale Force Maya and him in the same race. We’ll probably enter, monitor the going and make a decision late on.

“He seems to have come out of the race at Ayr well and is certainly improving.”

Dods also had a positive word for the talented two-year-old Pol Roger who was also in action at Ayr on Saturday.

The son of Churchill was second to the useful looking Metal Merchant in what a strong running of the Remus Uomo EBF Nursery Handicap and the Darlington-based handler believes the best is still to come from the colt, who could thrive for a step up in trip next season.

“He probably ran into one at Ayr and we’ll probably give him another run. But I think he’s a horse who as a three-year-old, another couple of furlongs will definitely be in his favour. I can see him being a nice horse next season. He’s done well to have performed so well over a trip which is probably shorter than what he wants to be running over.”