Offaly Senior “B” Football teams profiled ahead of start of Championship 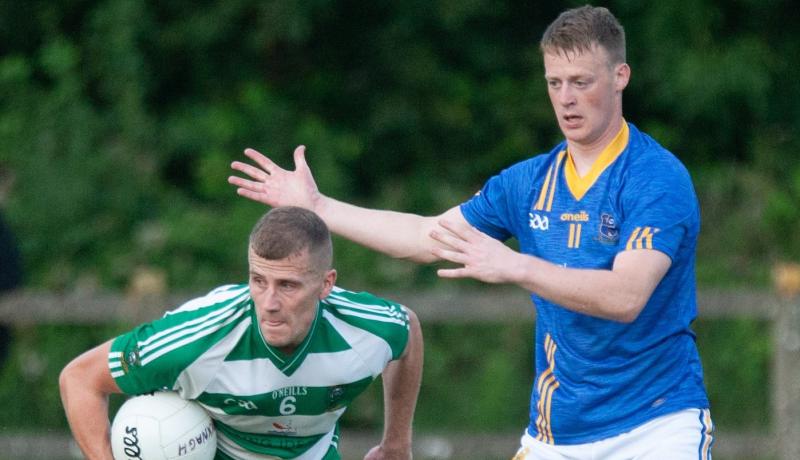 The Senior B Football Championship is set to be a hard fought affair this year. Check out our profile of all of the teams

Prospects – Potential champions. The presence of Bernard Allen gives them a chance. Allen has a point to prove after falling out of favour with John Maughan on the Offaly senior football panel this year and then walking away. He will be tightly marked in every game but can cut loose on any day. Tubber have a lot going for them. They have a chance but you wouldn't make them favourites at the moment.

Last year -Beaten by Clara in the semi-final;

Prospects – You have to admire Walsh Island and the way they have survived at this level in recent years, even though their best players are now in the Winter of their careers and they don't have much young talent emerging. They did well to reach the semi-final last year but just don't have enough overall strength to win. Staying up is their priority and they can trouble a lot of teams on any given day. Going back down might not be a bad thing for Walsh Island but they will be fighting to avoid that.

Last year – Beaten by Ballycumber in the quarter-final;

Prospects – Erin Rovers will be aiming for a quarter-final berth but it could very well be a tough season for them. They have some very good players but didn't convince last year and losing players such as Conor Lynam and Ryan Delaney further weakens them. They could beat any side in this championship but they are outsiders at the moment.

Prospects – Clonbullogue could win this championship, make no mistake about that. In fact, there is a strong temptation to make them favourites and they have huge momentum behind them. They will be very close.

Absentees from last year - Ciaran Donnelly is in the USA and Fionn Dempsey and Eoin Hyland are injured;

Prospects – Bracknagh could be the team to beat in this championship. They need to get Ciaran Donnelly back from the USA and Fionn Dempsey back from injury but they have possibly the most important player in this grade in Peter Cunningham. His form dictates so much for Bracknagh. They also know that if they don't get back up at the first attempt, it could take a while. They are live contenders and will be there or there abouts.

Last year – Beaten by Tubber in the semi-final;

Prospects – Ballycumber are a bit of an enigma. They looked good at one stage last year but were way off the boil against Tubber in the semi-final. They have a well balanced, very steady team and are not reliant on individuals. On their day, they are very solid, reliable but bad days are always possible. They should squueze out of this group but a relegation play off is not beyond the bounds of possibility. They could emerge as serious contenders but have a lot of improving to do.

Last year -Lost to Walsh Island in the quarter-final;

Absentees from last year - Ger Rafferty, Gary Mahon, Evan Conroy, Sean Dolan, Dermot Shortt, Ivan Hanamy have all stepped away either due to injury or retirements while Alex Flynn and Paddy McGuckin are both long term injuries from last year's minor winning team;

Prospects – You just have to admire St Rynagh's and the way they keep going against the odds. While Cloghan is very much football territory, they often lose players to St Rynagh's hurling club and don't always get talented footballers from Banagher. The loss of long serving players such as Ger Rafferty, Gary Mahon and Sean Dolan are grevious blows. Rafferty and Mahon are at their natural end and have to stop playing at some time but Dolan is a massive loss, as is Dermot Shortt. They have some good young players but staying up is their main goal.

Prospects – The impression that something is not right in Gracefield is hard to escape. Maybe they just don't have the players at the moment but to go down from senior a couple of years ago into a relegation play off last year is a fair fall from grace. They had been beaten by Durrow in the final the year before but the wheels really came off last year. It leaves them with a real point to prove this year. They shouldn't be as bad as they were last year but we just don't know – Jamie Evans, Craig Dunnne and Gavin Smith are very big losses to them, especially Evans. They could emerge as contenders but time will tell and at the moment, they are outsiders.